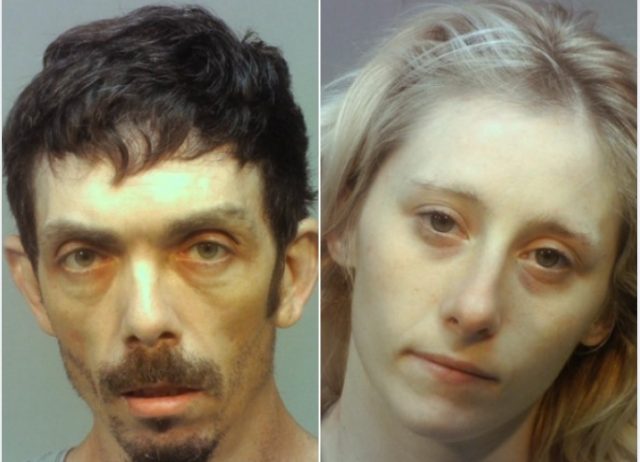 Nelsonville – 9-6-2021 at 04:48 PM Officers performed a vehicle stop on Hocking Parkway. Due to criminal indicators that were observed at the time of the stop, Officer Jones released K9 Attila for a free air sniff of the vehicle to which Attila positively indicated on the driver-side door. Both occupants were read their Miranda rights and asked to step out of the vehicle.

When Tylor Carsey walked to the front of the vehicle, he attempted to discard four separate baggies of methamphetamine. Officers were able to locate them all. A local towing company was requested to the scene and the vehicle was towed.

Both occupants: Tylor Carsey and Chelsie Heskett were transported to NPD until jail bed space could be found. ACSO advised NPD that they were able to get space for Carsey at SEORJ since he had an active warrant through their department, on top of the new charges from this stop from NPD. Both Heskett and Carsey were transported to the Southeastern Ohio Regional Jail. Tylor Carsey was charged with Aggravated Trafficking in Drugs (F3), Tampering with Evidence (F3), and Aggravated Possession of Drugs. Chelsie Heskett was charged with Aggravated Trafficking in Drugs (F3). Additional charges for both Carsey and Heskett are pending.