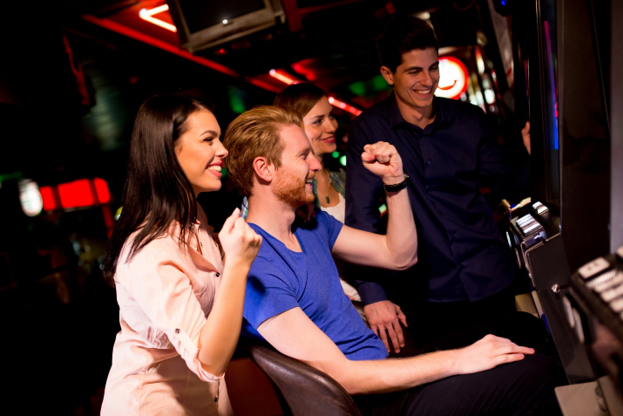 NCAAF Players Who Have Made the most impact

While America only has one professional football league, it does have a series of amateur and semi-professional leagues that feed into it. These leagues give players a chance to hone their skills before joining the big league. The most important of these leagues is the NCAAF.

The NCAAF (the national collegiate athletic association football) league is a collegiate-level competition in which higher education institutions play against each other. The NCAAF is often seen as a stepping stone from amateur football to the NFL.

Each year, the best new NFL players (the rookies) are celebrated in the Rookie of the Year awards. 5 Players are nominated and the public vote for their favorite.

Today, we’re looking at the 5 most impactful Rookies this year who have come up from the NCAAF.

What is the Rookie of the Year award?

At the end of each season, the folks at NFL headquarters put together a list of who they think were the 5 best rookie players of the season.

The majority of the players in the NFL spent at least 1 season in the NCAAF. So, the Rookie of the Year award is a great way to see which NCAAF players are having the biggest impact on the game.

If you are in the habit of NFL betting, then these 5 players are worth keeping an eye on over the next year. Former winners include Elliot Smith and Nick Bosa.

Robinson had an amazing 2020 season with the Jacksonville Jaguars. But before he joined the NFL Robinson played for the Illinois State Redbirds.

As a freshman, Robinson was troubled with injuries and failed to make a big impact on the team. However, in later years he became the team’s rusher of choice and even earned himself a place on the first team All-Missouri Valley Football Conference (MVFC).

Robinson is one of the few free-agent players that didn’t enter the NFL through the drafts.

Jefferson spent his 2020 season with the Minnesota Vikings and was even named in that season’s Pro Bowl team. Jefferson was picked in the first round of drafting by the Vikings and was the 22nd pick overall.

Before he joined the NFL, Jefferson played for the LSU (Louisiana State University) Fighting Tigers. Who he won a national championship with, in 2019.

Jefferson did not make a single catch in his first year but made 54 in his second year. In the 2019 Peach Bowl, he scored 4 touchdowns and broke the college football record in the process.

Before his first fantastic season with the Colts, Jonathan Taylor played at the collegiate level with the Wisconsin Badgers.

Jonathan Taylor had an illustrious NCAAF career – he was a 2-time Doak Walker Award winner and was named unanimously in the All-America team twice. As well as breaking multiple school, division, and national records.

Taylor rushed over 6000 yards during his college career and scored 5 touchdowns in his final year. With a college career like that, we are expecting big things from Taylor.

Taylor became the first rookie at the Colts to score over 10 touchdowns in their first season since 1994.

Justin Herbert was named both Offensive and Overall Rookie of the Year for the 2020 season.  Herbert joined the Los Angeles Chargers as a Quarterback at the start of the season after being picked 6th in the draft.

Before playing for the Chargers, Harbert played for the Oregon Ducks at the University of Oregon. In his senior year, Herbert and the Ducks went 12-2 and won the Rose Ball. During this match, Herbert scored 3 touchdowns and was named Offensive MVP.

Herbert was also given many academic awards during his time at college as well as the awards he received for football.

Chase Young was named the Defensive Rookie of the Year for the 2020 season. Young was selected second overall in the 2020 draft, despite many thinking that he should have been picked first by 2019 losers the Cincinnati Bengals. What was the Bengals’ loss ended up being the Washington Football Team’s gain…

In 2020, Young led the rookies in sacks (7.5 in total) despite having to take two games off due to a groin injury. In his first year, he was also named a team captain and was also the only rookie included on PFWA’s all-conference team.