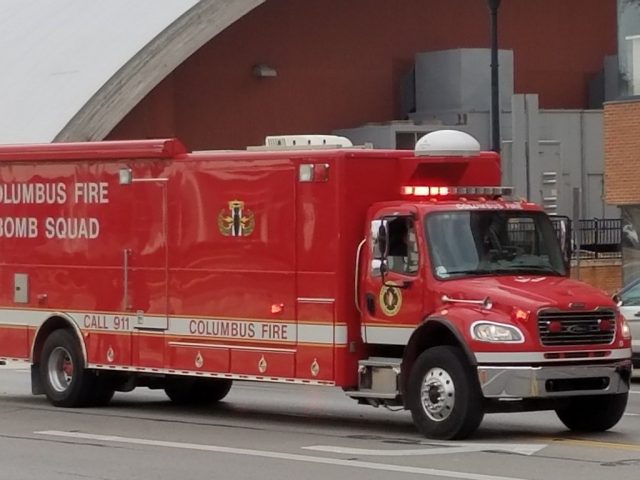 ROSS – More details are coming out of a suspicious package that evacuated Chillicothe on Tuesday.

According to reports, the Sheriff’s department they issued a mandatory evacuation in the area of Eastern Ave to Douglas Street and to 7th Street after a suspicious package was found. Now some of those details have came out.

According to Ross County Sheriff department, the initial caller reported that she had located a box sitting on the side of Eastern Ave. The caller stated that she picked up the package and brought it inside her residence. Once inside, the caller opened the package and observed a black spherical object with what appeared to be taped on wires and a black unknown substance caked on the top. At that time, the caller stated that they feared the item to be an improvised explosive device, noted that it felt like liquid was contained within the sphere and contacted the Ross County Sheriff’s Office.

When the Deputy arrived he investigated the claim, “Deputy Roderick ascertained where the package was and the caller advised that it was in her kitchen on the floor. Deputy Roderick entered into the residence and observed the item described. At that time, Deputy Roderick attempted to examine the object closer without manipulating the item. Deputy Roderick did observe several wires and the mystery substance.”

At that time, airing on the side of caution Deputy Roderick contacted the patrol division commander Capitan Max Adair and advised him of the situation. Once Captain Adair arrived on the scene, a determination was made to evacuate the area and contact Franklin County Bomb Squad. Once on scene, Franklin County Bomb Squad inspected the package and determined it to be non-explosive. At that time, the all-clear was given and residents were allowed to return to their homes.

We have no information on what the item in the box was at this time.