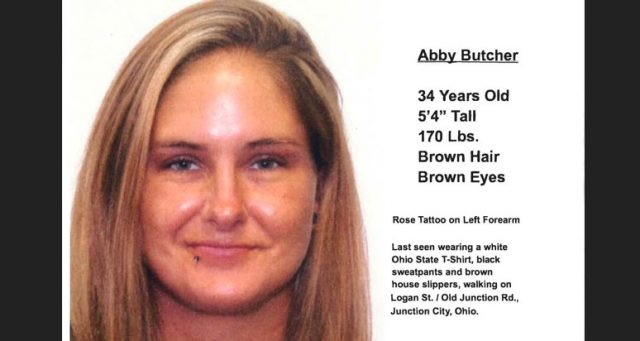 PERRY – Yesterday a woman that has been missing since February 10th has been found dead.

According to Perry County Sheriffs’ office, the woman was found deceased, but would not expand on any details at this time.

Butcher has been missing since February 10th when she was seen walking on Logan street and Old Junction road in Junction City Ohio. Ohio news picked up the story and became a statewide search. She was 34 when she died, she left behind children.

The family is now making arrangements for her, following a police investigation