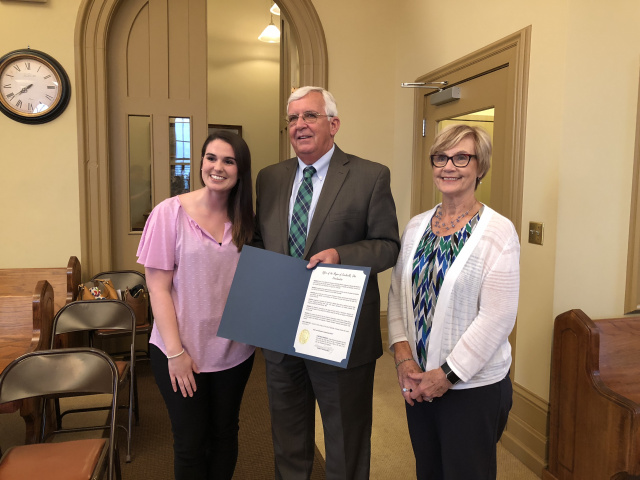 CIRCLEVILLE – June is national Brain and Alzheimer’s awareness month.  On June 5, 2018 Lyndsey Collins walk director for the Circleville walk to end alzheimers, gave a informational statement at the council.  “The month of June is the Alzheimers awareness month.  It is a month that is very near and dear to our association. The past support we have gotten here has been outstanding.  Unfortunately this county is impacted by this disease like so many other counties in Ohio.  We do have a walk on August 25 at 8 am. The mayor held a flower during our ceremonies last year, and I ask that the council to give support of the cause and walk also.” 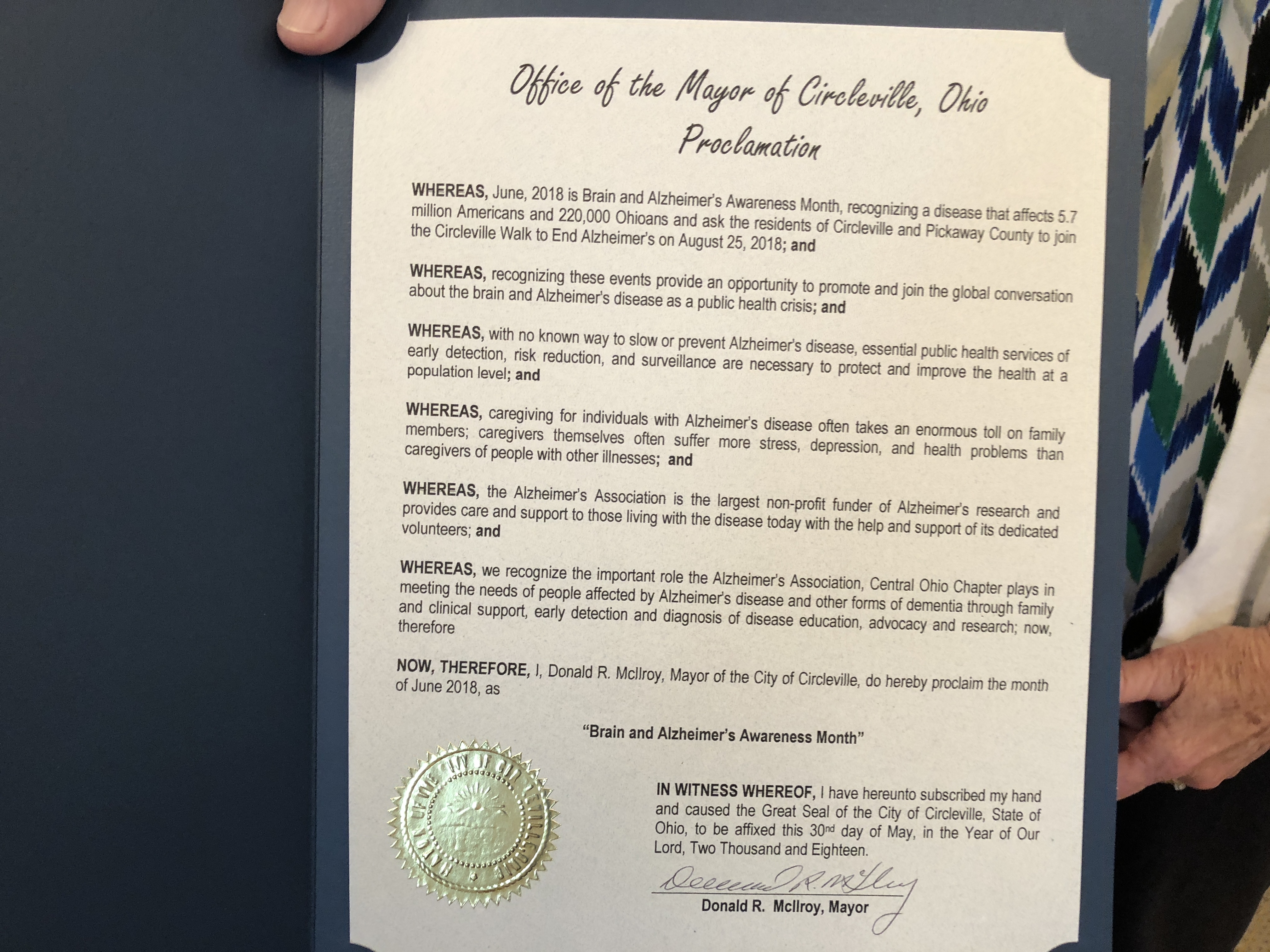