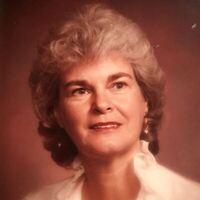 The most important things in Joan’s life were her family and faith. She was a loving wife, mother, grandmother, great-grandmother and a friend to many. Joan was a life-long member of St. Peter’s Catholic Church. She prayed every day of her life and was a devoted servant of Our Lord. Joan wanted everyone to be happy and exemplified love! She enjoyed being outside tending to her flowers and taking walks. She was an avid reader of books and was a great baker having been taught at an early age by her mother and Aunt Ada. She was also a competitive bridge player and loved her bridge group.

The family would especially like to thank Donna Meadows, Tricia Boring, and Debbie Bucy for their loving care and kindness as well as Dr. John Seidensticker and Adena Hospice.

A private mass and graveside service will take place on December 23, 2020. In lieu of flowers, Joan requested donations be made to The Chillicothe and Ross County Public Library, 140 S. Paint St., Chillicothe, OH 45601 or to the charity of your choice. Arrangements are under the direction of Haller Funeral Home & Crematory.