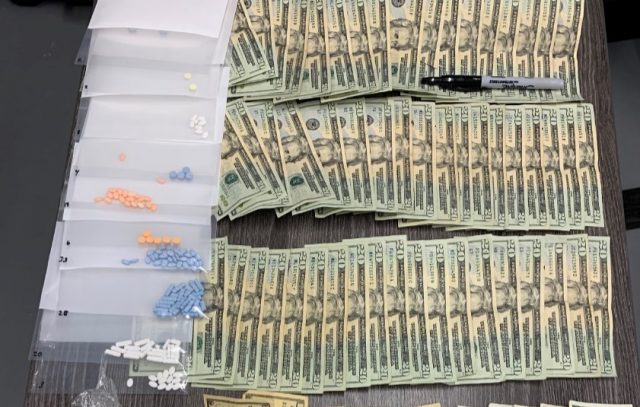 They operate in several counties helping to investigate major crimes in those areas.

This week the detectives upset a major drug trafficking operation in two homes in the Lancaster area.

On Thursday, April 22, 2021, the group executed a search warrant at 1883 W. Chestnut St. Apt #B in the City of Lancaster after a brief investigation, where undercover agents were able to purchase heroin multiple times from a resident in the apartment. Seized during the search was more than one ounce of heroin, 139 doses of
various prescription drugs, digital scales, packaging materials, and $2,400 in currency. Two people were arrested, Jill King 39 of 1883 W. Chestnut St. Lancaster. King was booked into the Fairfield County Jail on one count of aggravated trafficking in drugs with additional trafficking charges to be presented to the Fairfield County Prosecutors Office. Also arrested at the home on a probation violation was Bryant Hively 33 of Lancaster.

This wasn’t the only drug bust this week.

Earlier this week Major Crimes Unit Detectives executed a search warrant at a residence located at 1286 Kerr Avenue in the City of Lancaster following a brief investigation. The investigation was initiated after the task force received several complaints about residents of the home trafficking in multiple pound quantities of marijuana including sales to local juveniles. A search of the home yielded more than one pound of marijuana, concentrated THC oil, edible THC products, approximately $4,000 in currency, digital scales, packaging materials, and a semi-automatic handgun. Drug trafficking and having weapons under disability charges will be
presented against two residents of the Kerr Ave. home to the Fairfield County Prosecutors Office at the conclusion of the investigation.