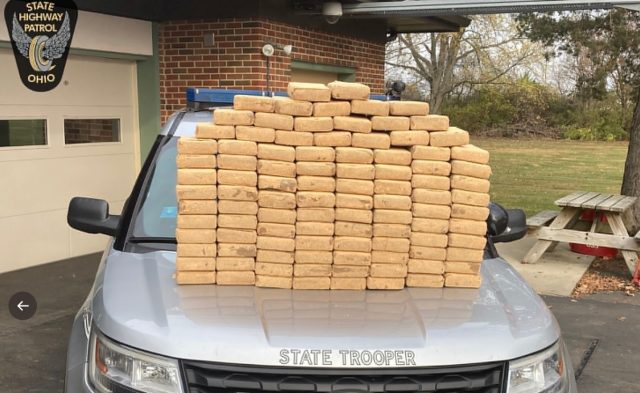 COLUMBUS – Ohio State Highway Patrol troopers filed a felony drug charge against a man from Mexico after a traffic stop in Madison County. During the traffic stop, troopers seized 220 pounds of cocaine worth approximately $9 million.

On November 2, at 1:55 p.m., troopers stopped a U-Haul truck with Arizona registration for a following too close violation on Interstate 70. Criminal indicators were observed and a Patrol drug-sniffing canine alerted to the vehicle. A probable cause search of the vehicle revealed the contraband. The suspected narcotics were sent to the Ohio State Highway Patrol Crime Lab for testing.

The driver, Sebastian Alapizco Flores, 25, Mexicali, Mexico, was incarcerated in the Tri-County Jail and charged with possession of cocaine, a first-degree felony.