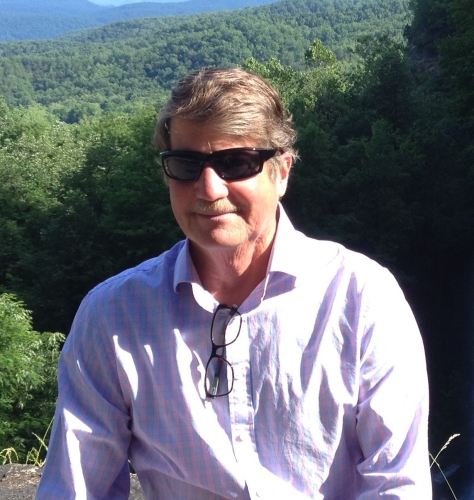 He was born on Jan. 14, 1953 in Logan, Ohio, to Richard and Anna (Sellers) Gerken.
Thom graduated from The Ohio State University and the Northwestern School of Law of Lewis and Clark College. Thom had a distinguished legal career, first serving as a partner in the firm of Gerken, Gerken & Gerken, LPA, followed by nearly 25 years as Judge of the General Division of the Vinton and Hocking County Courts of Common Pleas. Later, he was Of Counsel with the firm of Crabbe, Brown & James LLP, and an attorney with the Office of the Ohio Public Defender, before returning to private practice.

He was an accomplished golfer, chef, guitar collector, and jokester, and he adored spending time with his friends and family. Thom is survived by his beloved wife, Kathy; children, Jason, Haley, and Miles; mother, Anna; brothers, Jeffrey (June) and Charles (Fabiola); sister, Melinda; brother, Jerry (Mary); and dog, Obie.
He was preceded in death by his father, Richard; brother, Richard Jr.; and niece, Elizabeth.

Thom’s family invites his friends and relatives to calling hours from 2 to 4 p.m. on Saturday, May 16, 2020 at Roberts Funeral Home in Logan, Ohio.
A brief celebration of Thom’s life will follow. Face coverings and social distancing are encouraged.
In lieu of flowers, the family asks that contributions be made in Thom’s memory to the Ohio Access to Justice Foundation, 88 E. Broad St., Suite 720, Columbus, Ohio 43215, (614) 715-8560, https://www.ohiojusticefoundation.org/give-now/, or to a charity of one’s choice.