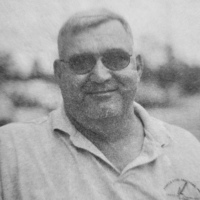 Born August 30, 1946 in Logan, he was the son of Pearl L. (Cochran) Campbell of Logan and the late Robert Perry Campbell.

Dale was a 1964 graduate of Logan High School. He was owner of Seneca Steel Erectors in Logan and the former Seneca Equipment Rental. He was co-owner of the Holiday Inn Express and Hocking Hills Energy and Well Services. Dale was an active board member for the former Tri-County Adult Welding, Special Friends, Holiday Inn, Acenet in Athens, David Wood Ministries Church Board, Seneca Steel Erectors, the former Hocking Hills Energy, and Chieftain Biofuels Management Board. He was a member of Bible Truth Baptist Church in The Plains, Ohio and a former member of Logan Kiwanis Club. Dale was a dedicated and generous member of the community, supporting various projects and charities. He was also a strong supporter of the Smith Chapel Food Pantry and the Hocking County Fair Animal Auction.

Besides his father, Dale was preceded in death by his first wife, Kathie Fontaine (Fought) Campbell (2017).

In lieu of flowers, the family suggests contributions may be made in Dale’s memory to the Smith Chapel Food Pantry, 1333 East Front Street, Logan, Ohio 43138.

To send a flower arrangement to the family of Dale Keith