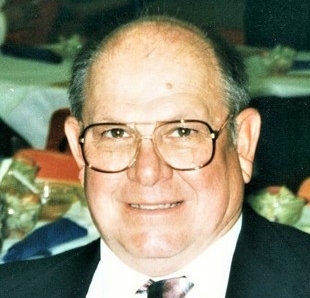 Laurelville OH- Donald “Don” E. Gaines, 83, of Laurelville passed away unexpectedly Tuesday, October 15, 2019. Don was a loving son, brother, husband, father, grandfather, great grandfather, uncle, cousin, and friend to many, many more. He was born September 5, 1936 at home in rural Ross County Ohio, where he grew up and attended Centralia High School, class of 1954. He enlisted in the Ohio Air National Guard, during which time his unit was activated and deployed to Europe in 1961 during the Berlin Crisis. Upon his return home, Don worked for General Electric at the Circleville Plant for 36 years, retiring in 1992. Don was a long-time member of Elks Lodge 77 in Circleville, and a member of the American Legion. Don is survived by his wife of 63 years, Mary (Cassidy) Gaines, whom he married August 24, 1956; his brother Dale (Betty); children, Eric (Thelma) Gaines of Fayetteville, North Carolina and Susan Gaines; grandchildren Arletha (Josh) Miller, Justin Gaines, and Harleigh (Jimmy) Eads; great grandchildren Austin Miller and Mailey Lou Carter, and by many nieces, nephews, cousins, life-long friends and many other friends. He was preceded in death by his parents, Paul E. and Mary I. (Ralston) Gaines, his brother Paul “Butch” Gaines and sisters Treva Robinson and Marilyn Leech. Don was a devoted husband, a loving father, a dedicated grandfather and great grandfather; a man of strong moral character, teaching us all about family, life, love, and hard honest work..and our own successes are a testament to the life he lived so well, full of honor and full of years. We are all heartbroken at his sudden loss, but so very thankful to have had the time we did. Rest easy Dad, you will be missed by us all, always. No funeral service will be held as it was his wish that his ashes remain on the land he loved so much. Online condolences can be made to www.wellmanfuneralhomes.com.