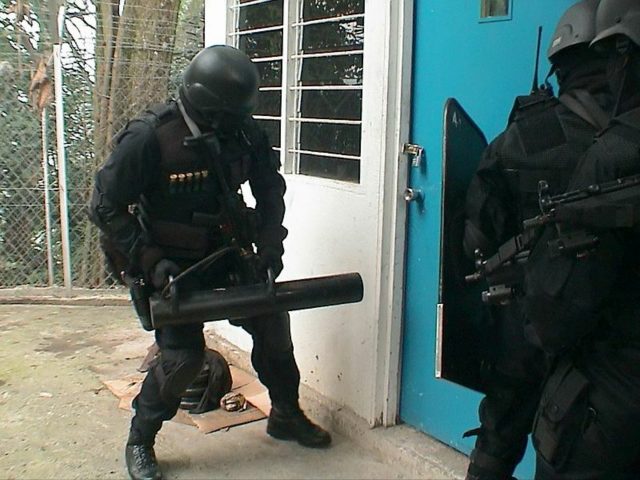 Jackson County OH- Two arrested following raid in Wellston: Scott A. Kight, 37, and Melissa A. Karshner, 35, both of Wellston are facing prosecution stemming from results of an executed search warrant by Sheriff Tedd Frazier’s deputies.

On December 23, Jackson County Sheriff’s Deputies and a Jackson County Municipal Court probation officer raided 813 S. Michigan Ave., in Wellston. Authorities forcefully entered the residence after no one answered their knocking on the door. When authorities entered, they found Scott Kight in the kitchen. Melissa Karshner was located in the bedroom of a residence in a closet, shoving what appeared to be illegal drugs through a hole in the floor. Karshner failed to comply with the deputy’s plea to stop. The deputy had to forcefully remove her from the closet to make her stop destroying evidence.

A search of Kight’s person revealed a gram of crystallized substance, that Kight identified as being crystal methamphetamine.

Authorities found a large amount of what is believed to be methamphetamine, marijuana, baggies, a loaded handgun, digital scales, as well as other paraphernalia.

The child that was at the residence at the time of the raid was turned over to a family member. Authorities report that the loaded handgun and the uncovered drugs were within reach of the child.

Kight has been charged with being in possession of a gram of methamphetamine, a fifth degree felony.

Karshner has been charged with Tampering with Evidence. Additional charges are pending laboratory testing of the substances discovered during the search warrant, as well as the review for additional criminal charges, including Child Endangering by the Jackson County Prosecutor’s Office.

Note: Stock photo used, NOT an actual photo of the scene.