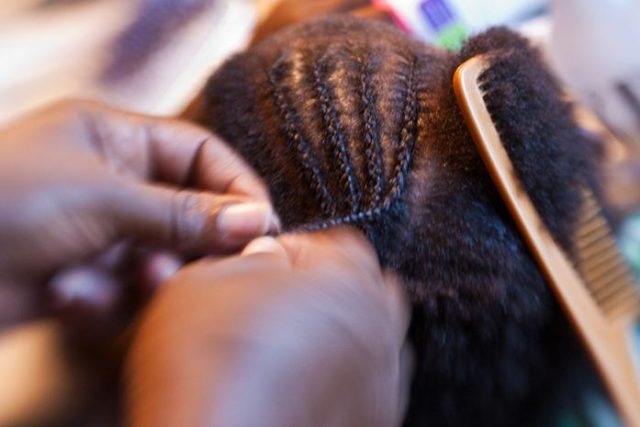 “Nobody should be harassed or discriminated against for wearing their natural hair or choosing a style based on cultural heritage and preferences, yet people face these biases every day,” said Higgins. “The CROWN Act solidifies in federal law that race-based hair discrimination is illegal.”

In a recent study 80% of Black women report they have had to change their hair from its natural state to fit in at the workplace. The study also found that Black women’s hair is 3.4 times more likely to be perceived as unprofessional.

The legislation specifically states, “No individual in the United States shall be excluded from participation in, be denied the benefits of, or be subjected to discrimination under, any program or activity receiving Federal financial assistance, based on the individual’s hair texture or hairstyle, if that hair texture or that hairstyle is commonly associated with a particular race or national origin (including a hairstyle in which hair is tightly coiled or tightly curled, locs, cornrows, twists, braids, Bantu knots, and Afros).”

The bill applies to any federally funded program, housing, public accommodations such as hotels, and employment. Protections are extended to individuals under existing civil rights laws.

The Senate will need to act on the bill. Senator Cory Booker has introduced similar legislation.

The measure has the support of the National Association for the Advancement of Colored People (NAACP), American Academy of Pediatrics, the National Urban League, American Federation of State, County and Municipal Employees (AFSCME) and dozens of other organizations.