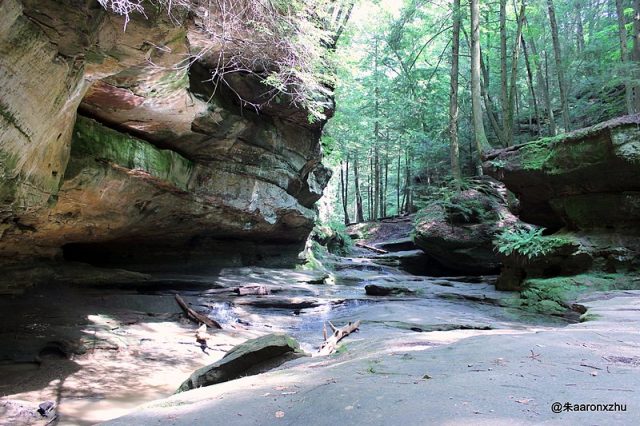 Just after noon, on 2/12/22, a 911 call came into the Hocking sheriff’s department of a man who had fallen into the cavern. When Hocking’s first responders arrived on the scene they decided the safest way to get the man out of the 100-foot drop was a rope rescue.

According to the reports, the man fell 20 feet, and then slid another 40 feet, from a very icy trail. He was assisted back to the trail with a multi-agency rope rescue from ODNR, Laurelville Fire department, and Hocking EMS.

“Visitors are asked to not enter the park for any reason. Trail conditions are being monitored and the park will be reopened when it is safe to do so.”

Now ODNR has given an update on those conditions and some trails have been reopened while other popular areas are still closed.