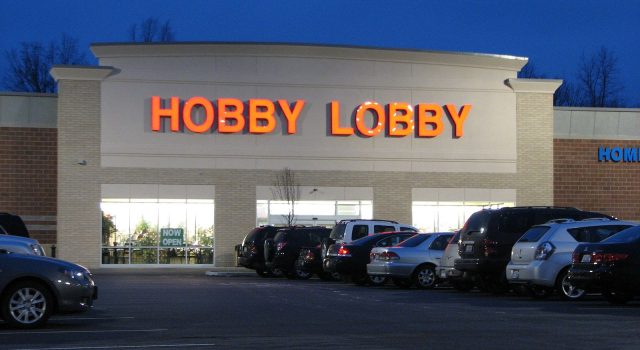 US – The nationwide chain Hobby Lobby says that they are raising the bar on their own employees paying 17 dollars a hour minimum across the US.

In a press release Hobby Lobby says for years it has been at the fore front of minimum wage hikes. Pushing their wages up several times over the last 11 years before it became “Fashionable” to do so.

“We have always worked hard to be a retail leader when it comes to taking care of our people,” said Hobby Lobby founder and CEO, David Green. “From closing our stores on Sundays and at 8 p.m. the rest of the week, to providing some of the best pay and benefits in the retail industry, we are thankful that we are able to share our success with our valued employees and provide time for rest, family and worship. These investments allow Hobby Lobby to attract and retain a great group of associates who in turn help provide the wonderfully unique shopping experience enjoyed by our many loyal customers.”

“Because this year has presented so many challenges to our employees, we are very happy that we are able to provide pay increases to thousands of our associates before the Christmas season,” said Green.

The company says the raise will be company wide to all of it 923 retail locations.