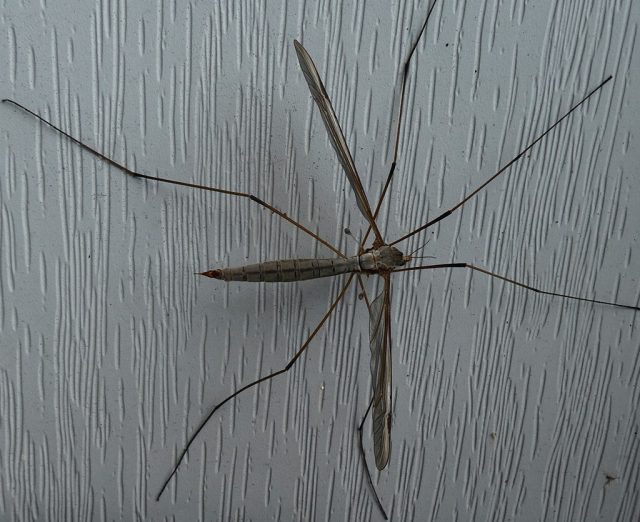 OHIO – All over Ohio people are posting on the internet, where did these giant bugs come from? They look like a giant mosquito, or if daddy’s long legs flew.

The insect is called a Crane-fly and they are harmless you are only seeing them because its in the middle of their mating season. Some crane flies never even eat, their entire job in life is to hatch, find a mate, spawn, and die. The lifespan of the males is just 3 to 5 days.

What you are observing on your garage doors and homes is exactly that, Late September or early October is the mid-spawning season of this fly. The reason that you are seeing so many is that we have had several mild winters over the past few years and more of the eggs of these creatures have survived to hatch now.

The Larve of crane fly is called leatherjackets because of the tough exoskeleton, they mostly live in high organic material areas as grubs, hidden most of the season. This species is defined as a helpful creature that doesn’t damage plants or trees.

The good thing is they will be gone as fast as they appeared, after the short mating season they will again disappear until this time again next season.