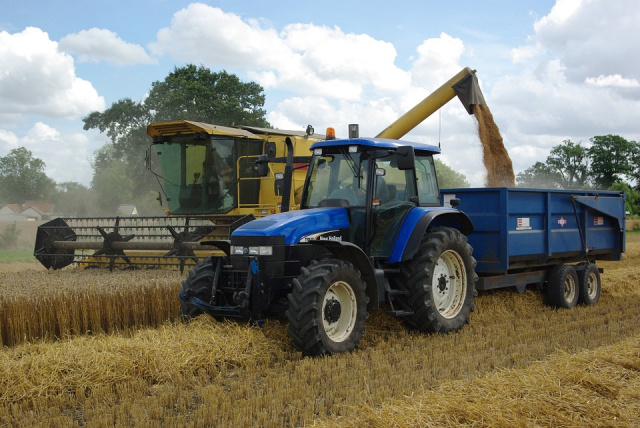 (NORWALK, Ohio)— Ohio Attorney General Mike DeWine and Ohio Department of Agriculture (ODA) Director David Daniels announced today that a Huron County man has been sentenced to prison for the theft of more than $3 million in grain from nearly three dozen Ohio farmers.

Huron County Common Pleas Court Judge James W. Conway today sentenced Richard J. Schwan, 79, of Monroeville, to four years in prison. The defendant was also ordered to pay $3,222,209.70 in restitution as part of his sentence. The money, which has now been paid in full, will reimburse the farmers, the Ohio Department of Agriculture, and the Ohio Grain Indemnity Fund.

“This defendant sold grain for 35 hardworking farmers, but he deliberately failed to pay them their shares of the profits. He then essentially stole from every grain farmer in the state when the Ohio Grain Indemnity Fund was used to pay for the majority of the farmers’ losses,” said Attorney General DeWine. “I am happy that this investigation and prosecution has secured reimbursement for the fund, the farmers, and the Ohio Department of Agriculture.”

The Ohio Grain Indemnity Fund is paid for by Ohio farmers through a half-cent per bushel fee and is used to reimburse them when a grain handler becomes insolvent. Approximately $2.5 million of the restitution will reimburse the fund, and the remaining restitution will pay the balance of the money still owed to the farmers and investigative costs incurred by the ODA.

“I want to thank the staff at ODA and Attorney General DeWine’s office for their work in resolving this case and proving that the system works,” said ODA Director David Daniels. “The department is pleased that the victims in this case and all of Ohio’s grain farmers will get back every cent stolen from the grain indemnity fund.”

Schwan operated Schwan Grain Inc., which transported and sold grain on behalf of the 35 farmers from Erie, Huron, Lorain, Richland, and Seneca counties. He was arrested in November after the investigation found that he stole the farmers’ profits between 2012 and 2014. The investigation also found that Schwan filed several financial reports and other documents with the Ohio Department of Agriculture that falsely reported and concealed his liabilities and the money he owed the victims.

The case was investigated by the Ohio Department of Agriculture and prosecuted by Attorney General DeWine’s Special Prosecutions Section.