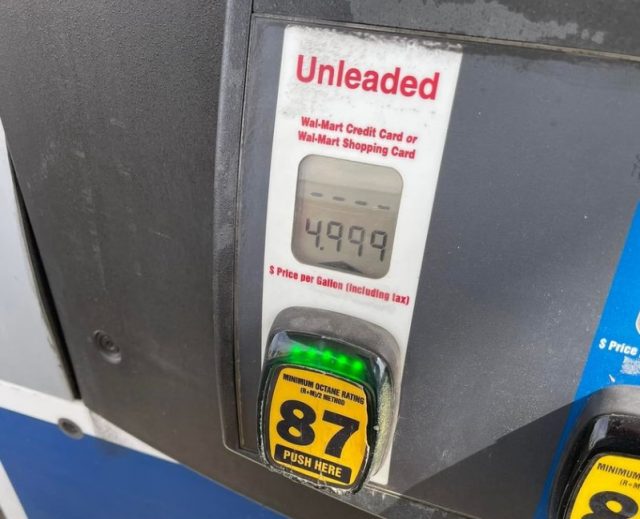 Gas prices around the nation are averaging around 4.76 dollars per gallon according to Gasbuddy.com, that’s about average around Pickaway County also, but on the skirts of the county we are seeing a possible future of gas at almost 5 dollars a gallon.

“After several weeks of soaring gas prices, last week saw prices nationally slow down ahead of Memorial Day, but I’m afraid the good news ends there,” said Patrick De Haan, head of petroleum analysis at GasBuddy. “While gasoline demand has been seasonally soft, the large decline in refining capacity over the last few years has meant that refiners are struggling to produce even lower amounts of refined products. This has led inventories to struggle to see any gains, boosting concern that they won’t be able to catch up. Coupled with continued talk that the EU is still working on sanctioning Russian oil, even though Hungary is a hold out, oil markets are quite on edge. As a result of the continued decline in gasoline inventories in recent weeks, wholesale gas prices surged last week, which will likely boost prices at the pump in short order. Motorists in the Great Lakes could see prices jump early in the week to new record highs, and the rest of the nation will follow. Odds are rising that we’ll eventually see the national average reach that dreaded $5 per gallon.”

For the past six weeks, gas prices have raised and are over 1.67 dollars more than it was a year ago.

Williamsport Marathon is at 4.96 cents a gallon today, along with Sunoco in Mount Sterling at 4.99 just off the interstate. Locally your lowest gas price is Sunoco at 4.62 per gallon of gas in Pickaway County.