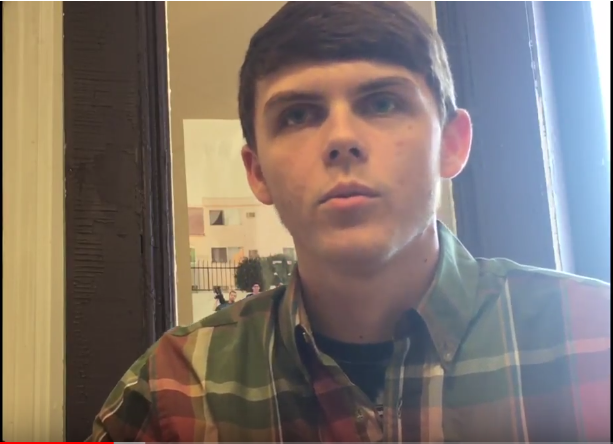 Circleville may have a very young and fresh council representative this fall. Zack Brooks graduated in 2017 from Circleville High School and is lifelong resident of the city. Zack is enjoying his summer with friends and seeing as many concerts as he can. He is also an accomplished musician who was active in the school band as well as playing in several local bands. He usually plays the guitar, but he knows his way around most stringed instruments.

Spending time with his family is important to him and lucky for him, his father and grandfather also love music. Over the past two summers they have visited quite a few concerts together. Later this fall, Zack will be attending Ohio University in Lancaster in hopes to one day be a history teacher.

Brooks said his family was not sure about him running for council when he filed his petition last year. They have since realized he was serious about wanting to run and fully support his candidacy. The Brooks family are long time Democrats, and Zack is as well. If he is elected Zack hopes to oversee improvements to the local parks so children can have more to do. Without a pool and a usable skate park, he feels like the kids are being left behind in any progress the city may be having. He feels like his age will encourage other young adults to be more active in the community. Zack has recruited a few of his friends to help his campaign efforts in the first ward, hoping to clench a victory in November. As fall approaches Zack and his friends will be hitting the streets to meet residents. He hopes to get a chance to see what concerns they have about our city and discuss how to improve it.

Trending
Road Rage Shooting: Woman Shot At When Vehicle Attempts to Merge on I-670 in Columbus
- Advertisement -

Zack is looking forward to Pumpkin Show and meeting as many constituents as he can in the Democrat booth. He is not just interested in politicking at Pumpkin Show though; he’s looking forward to the parade of bands and enjoying some of the food on the midway as well. Zack is a great young man with a passion for Circleville and seeing the community move forward.