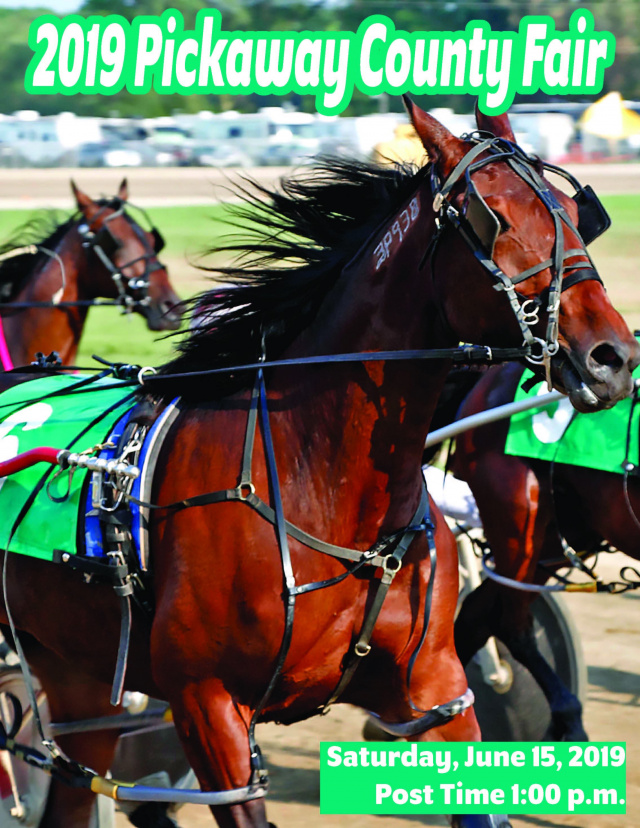 CIRCLEVILLE -(By Tami Hartman)Those who have been awaiting the chance to visit the newly-rebuilt fairgrounds in Circleville, Ohio, will get their first opportunity when the 2019 Pickaway County Fair opens with harness racing on Saturday (June 15) and Sunday (June 16),beginning at 1 p.m. Admission to the fairgrounds and grandstand is free both days.

The $16 million-plus revitalization project began immediately following the conclusion of the 2018 fair and has conducted a race against time ever since in order to reach completion for the 2019 fair. The construction site has become a sort of tourist
attraction in and of itself as motorists slowed to view the progress or, in many cases, pulled off the road to take a closer look or watch the heavy equipment in action.

Throughout this process, horsemen have continued to train on the grounds, despite the massive disruptions and distractions that are inevitable with a project of this size. While demolition of old horse barns and construction of new ones is planned for the next phase of fairgrounds revitalization, the track and the infield were greatly affected by several aspects of the current project. While maintaining good track conditions has been challenging at times, race fans can expect to enjoy the same top-notch county fair racing that Pickaway County is known for during this year’s meet.

Sunday’s races will feature trotters, including OCRA stakes races for 2-year-old fillies, the George W. Vancamp Trot for 3-year-old fillies, and the Ed “Yock” Strawser Memorial for 3-year-old colts. The Bill Mayhugh Memorial for conditioned pacers will also be contested on Sunday.
On Monday (June 17), an admission fee of $7 will be charged to enter the fairgrounds. This charge will include admission to the grandstand for the third and final harness racing card of the 2019 meet. Post time will be 5 p.m.

Monday’s card will include the OCRA stakes race for 2-year-old filly pacers, the Forrest Short Pace for 3-year-old filly pacers, and fan favorites the Steamin Demon Pace, the Spring Haven Farm Ladies Driving Series (previously known as the Ohio Ladies Pace), and the High School Harness Challenge featuring local high school football coaches.
Horsemen and fans alike are encouraged to participate in a food drive to be held during the races Monday by bringing at least one canned food item for donation.

Prize giveaways and other activities will take place between races. Pari-mutuel wagering will be available for all three race cards.