FRANKLIN – Franklin county is reporting that overdose deaths have been high over the last 24 hours.

According to Dr. Anahi Franklin County Coroner ten deaths have been attributed to overdose in January 31, 2020. The Doctor says to tell loved ones if they are going to use to have naloxone with you and to test your drugs for the presence of fentanyl strips.

The doctor also asks that you contact 911 if you suspect someone has overdosed. 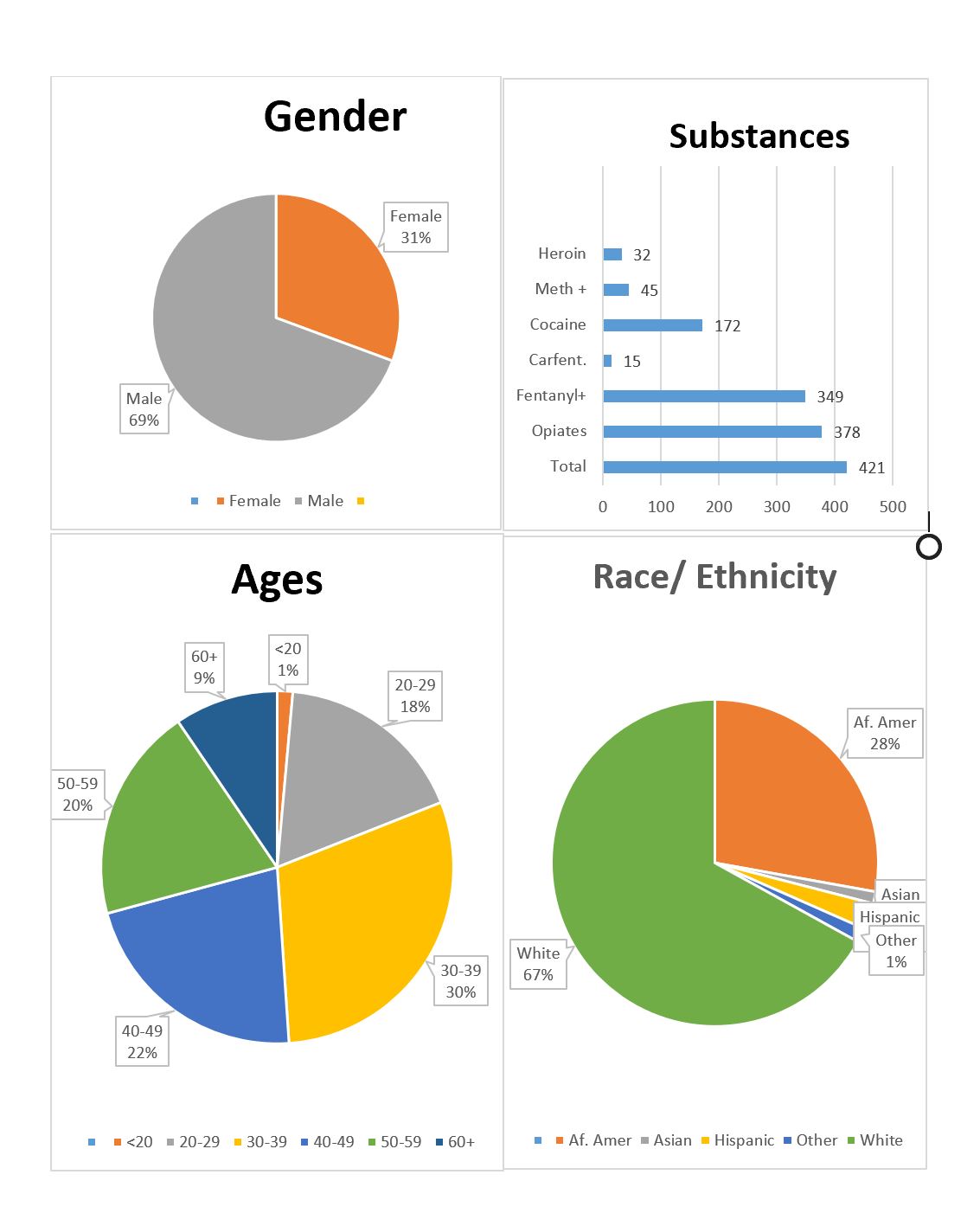 First, a word about the statistics. The statistics used are decedents who have died of overdoses in our county using injury location, not residence. This is important because the Coroner office statistics are sometimes different from those of the state and other agencies who use decedents who have died of overdoses in our county using residence only. By using injury location, FCCO captures those persons who are homeless with last known addresses in other counties or states, persons who are “couch surfing” with last known addresses outside of Franklin county, persons who have moved in with someone unofficially with outside last known addresses, and persons who overdose and die in motels/hotels but have last known addresses elsewhere.
From January 1 to September 30, 2019 the Franklin County Coroner’s Office saw 421 people die of overdoses. This is approximately an increase of 15% from the same period last year.
Opiate-related deaths accounted for 90% of overdose deaths for the first three quarters of 2019. Fueling this was fentanyl which accounted for 83.6% of all overdose deaths.
Carfentanil-related overdose deaths accounted for 3.5%, and heroin-related deaths accounted for 7.6% of all overdose deaths.
Cocaine, methamphetamine and cocaine with fentanyl related overdose deaths:
• Cocaine: 40.8%,
• Methamphetamines: 10.6%
• Cocaine + Fentanyl: 35%
Looking at race and ethnicity, 28% of those who died of overdose deaths were African American, 67% were Caucasian, 3% Hispanic, 1% Asian and 1% other.
The number of males dying of overdoses continues to be higher than that of females. For the first three quarters of 2019 we saw 69.4% of males dying and 30.6% of females.
In terms of age the highest number of those who died of overdoses were between 30 and 49 years of age.
The five zip codes with the highest number of overdose deaths for this period were: 43211, 43207, 43229, 43204, and 43232.
Please see attached charts for visualization of data.