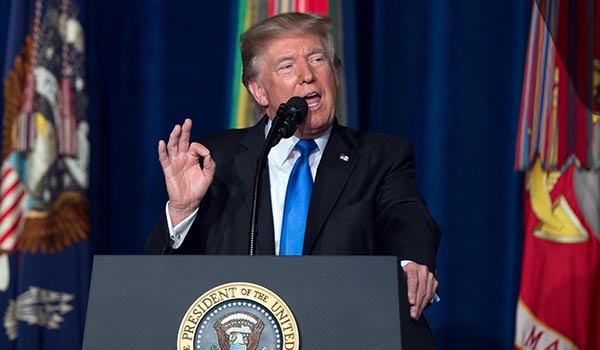 “Things are really starting to look good in Ohio for Republicans, probably because they’ve seen the alternative, and the alternative is not good. I won Ohio twice, in a landslide, and we may have to do it again, said the 45th president.

“Mike DeWine, who quietly, but professionally and patriotically, goes about doing his job, and really well. Running alongside his very talented and loyal Lieutenant Governor, Jon Husted, Ohio has been in strong hands with the Economy “roaring,” especially in the four years that I was President.”

The former President then aimed at who Dewine is running against Nan Whaley.

“This great team is running against a terrible person, and failed Mayor, Nan Whaley, where crime rates in Dayton, under her leadership, have reached new highs. I know very well who she is, and she would send Ohio back to the Stone Ages. Mike DeWine and Jon Husted truly deserve my Complete and Total Endorsement, AND THEY’VE GOT IT—they will never let you down!”