US – FBI has concluded it’s investigation into the noose that was found in the only black NASCAR drivers garage as being there before he was given the garage.

Bubba Wallace claimed that when he took possession of his garage a noose was found days after him pushing NASCAR to remove confederate flags.

According to FBI reports the noose was a door pull for the garage door that was created as early as last fall of 2019 that it wasn’t created as a hate crime because that was before Bubbas team was assigned the garage. It’s purpose was to be used as a handle. 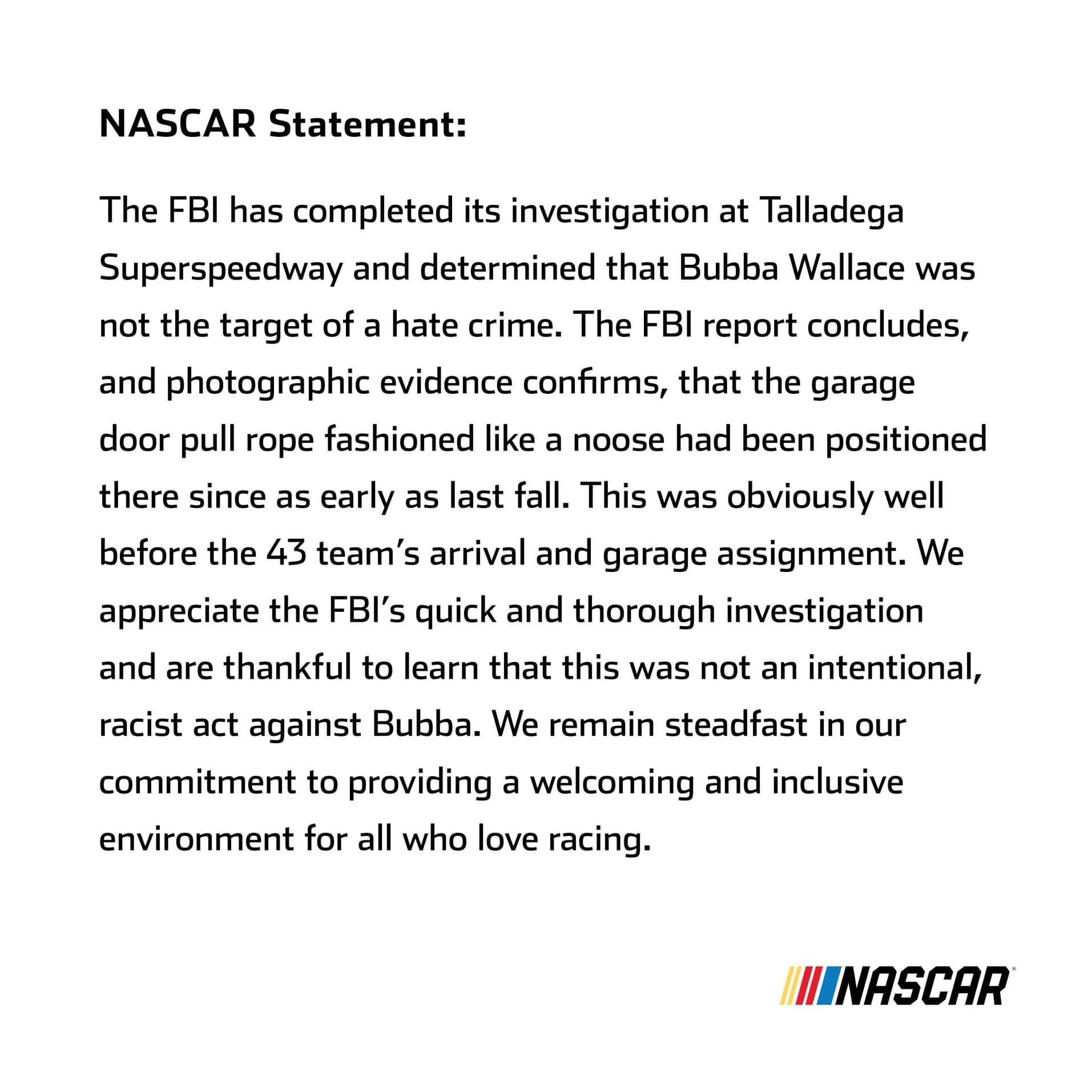