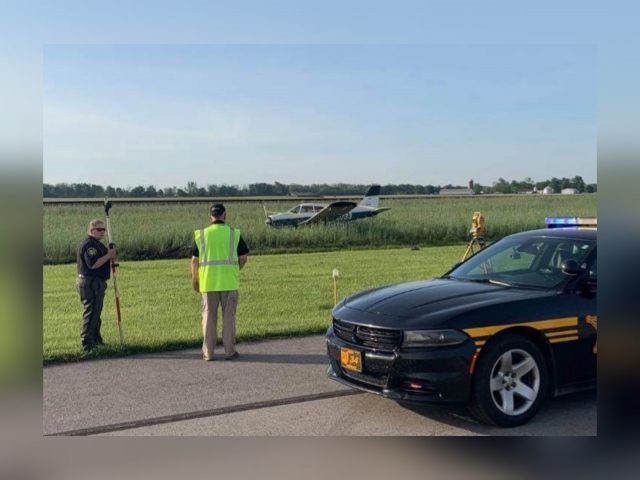 ​During the preliminary investigation, the pilot, identified as Justin T. Fry, age 38 of Cincinnati, Ohio was maneuvering the aircraft when the 1972 Piper PA 28-140 that he was piloting skidded off the runway, striking a small ditch and rotated, coming to rest in a grass area adjacent to runway. Fry sustained minor injuries in the mishap and was transported from the scene by Fayette County EMS to Adena-Fayette Medical Center for treatment.

​Crash reconstruction personnel from the Fayette County Sheriff’s Office were called to the scene and are continuing their investigation of the mishap, working collaboratively with the Federal Aviation Administration (FAA) and the National Transportation Safety Board (NTSB).

​The cause of the mishap has not been identified at this time. The aircraft remained at the mishap location overnight as investigators returned Friday morning to conduct further investigation during the daylight hours.