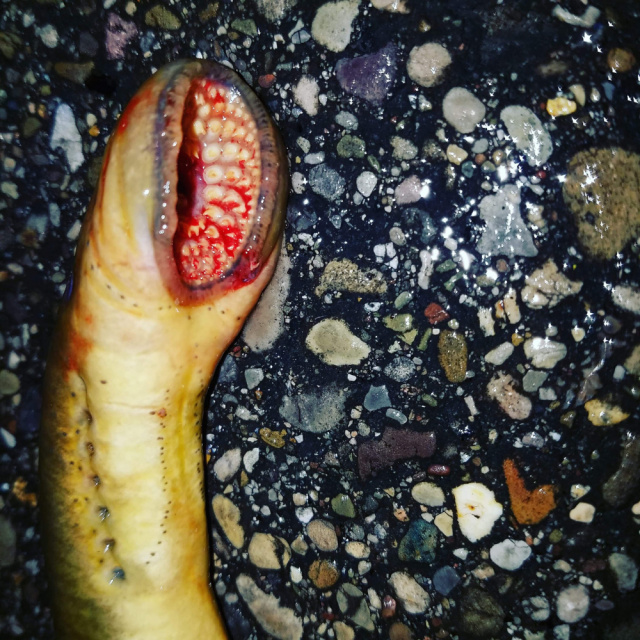 Athens County – A man walking along a small creek found a handful of 6 inch Ohio Lampreys in the water. Allen Banks says he was looking for Arrowheads along the creek when he saw the wriggling mass of several Lampreys in the water trying to move and hide under rocks. Banks was able to capture the Endangered creatures with his camera and took a picture in the clear water. 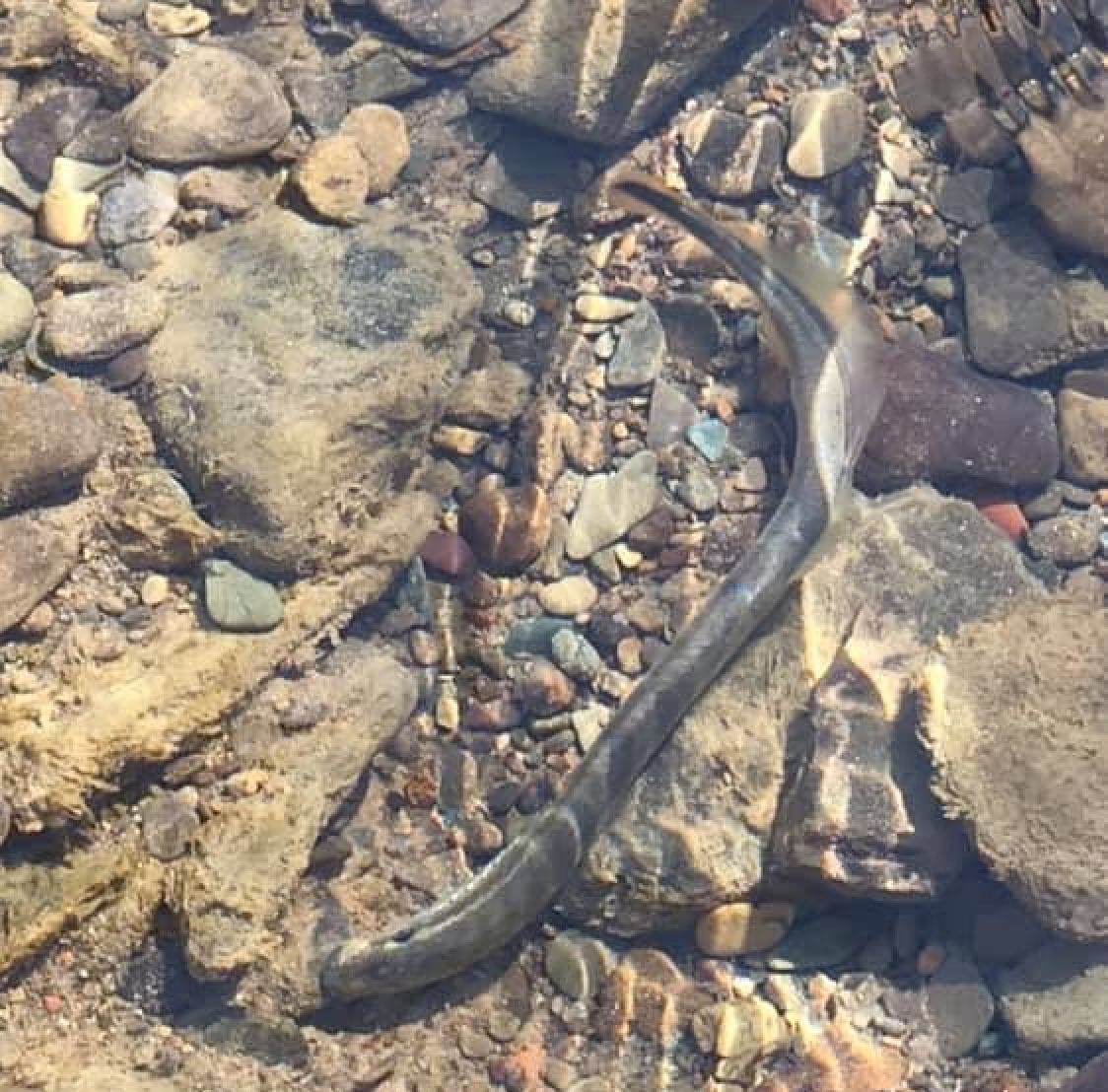 Ohio Lampreys get a bad rap and people regularly think they are bad but actually seeing them is a really good sign that water quality is up. Lampreys have a skin vs scales like other fish so they are more susceptible to toxins in the waters and thats what has caused them to be so rare. Another misconception on them is that they kill the fish they host on. Lampreys attach themselves to fish and ride along feeding off the blood and body fluids of the host fish, but most of the time they do not kill the fish.

Ohio Lampreys grow to be about 12-14 inches in size, according to Banks the ones in the photo and video were abound 6 inches in size. This fish spawns in late May early July they deposit eggs into a rock nest they create and soon after die off. The Ohio Lamprey was found in several boarding states of Ohio, Illinois has claimed its extinction in its water and it has not been seen since 1918.

Sciotopost did another story of a man who caught a Lamprey in Deer Creek in December of 2017.