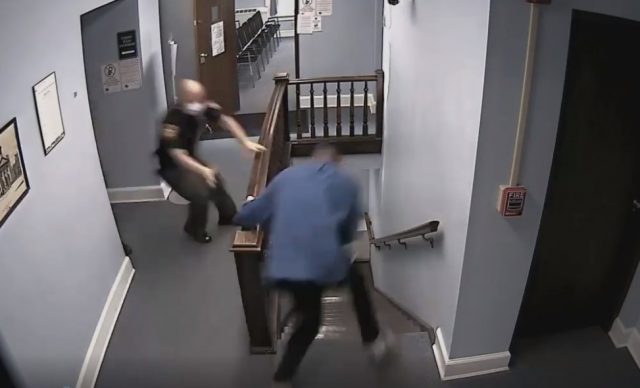 Watch as a man escapes arrest after being found guilty of a felony meth possession charge this week. That charge would…

Highland County sheriff’s deputies received several tips of the whereabouts of Garrison. In a followup to the tips, a search warrant was obtained by the Clinton County Sheriff’s Office and executed.

Garrison was found and taken into custody. He was transported to the Highland County Jail, where he now faces further charges.