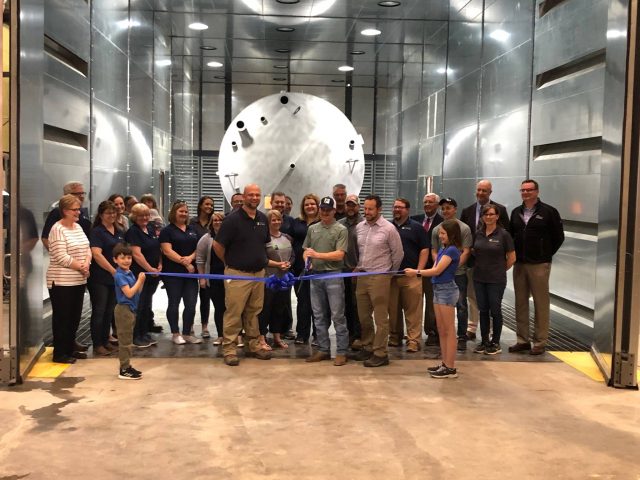 CIRCLEVILLE – A leader in exterior commercial painting FORJAK Inc. has decided to move its entire company from Columbus to Circleville after opening a media blasting division several years ago in a historical building on Circlevilles South end.

According to Director of Operations at Forjak Industrial Inc. Katie Logan Hedges the move just makes sense for the company and her home town Circleville Ohio.

The company opened a media blasting plant as a new division of company in April of 2019 after about a year of looking for a location Hedges said the company decided to restore a blighted property located on Clinton Street in Circleville that had seen a fire years ago and had been mothballed for years. (Previously Crane Plastics). The expansion brought new business to the company, jobs to the community, and new development.

Now in March of 2021 Forjak plants to move operations to that building, adding 75 employees to the area, some of the reasons for the merger are personal.

“To do something in your hometown is something,” said Hedges who is also a Circleville Council Member, “We want to make connections in what we do here, make life changes offer more to our community.”

Hedges says that most of the taxes the company has paid goes to Columbus even though they have a branch of the company here, now with them moving all operations to Circleville they can also support the city better.

“That’s not the only reason though, a majority of our employees are from Pickaway county or just south of here,” said Hedges, “We can make a impact on their daily lives just by moving closer to where they live.”

Hedges said that connections to other local companies is important also, “In Columbus we supported the companies around us, here we can support the local mom and pop stores, we can help grow not only our company but others. We want to create a better sustainable life here.”

“Forjak offers good-paying jobs to people, with good benefits because we want to pay people to live a good lifestyle. In one particular division, we have positions with a starting pay with no experience at 20 dollars an hour, plus travel expenses paid. We can offer wages that most people leave the county for, we want be part of that change.”

The company is currently looking for workers, more info can be found here: https://www.facebook.com/Forjak-Industrial-Inc-1585002228451940