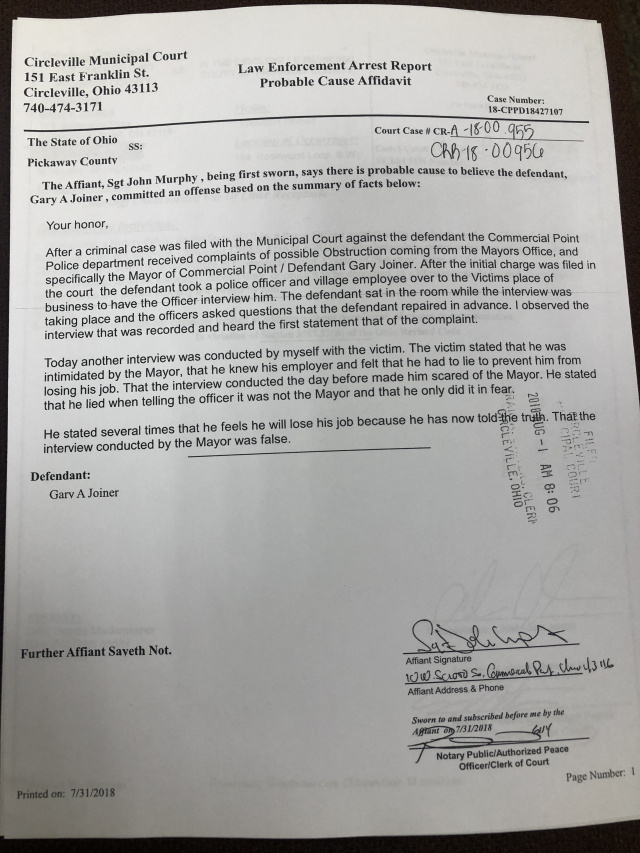 Commercial Point – Another local mayor has been charged with several crimes including a 3rd-degree felony, this one by his own Chief of Police Adam Jordan.  Gary Joiner, Commercial Points Mayor, has been accused of illegal dumping on 184 Rosewood Loop a new subdivision in the Chestnut commons Westport Homes division.

According to the affidavit, David Baker observed Joiner dumping refuge into one of the construction dumpsters and confronted him.  The Mayor became argumentative towards Baker and told him, “Do you know who the f**k I am.”  In that argument, Baker told Joiner that the dumpsters were off limits.  That’s when Mayor Joiner told him, “That he could do whatever he wanted because he runs all of Westport’s projects and Westports projects would be put on hold for anymore digging in the development.  Baker then told Mayor Joiner, “that if he saw him dump anything more, he would file charges against him.”  Mayor Joiner replied, “that Baker was messing with the wrong guy.” 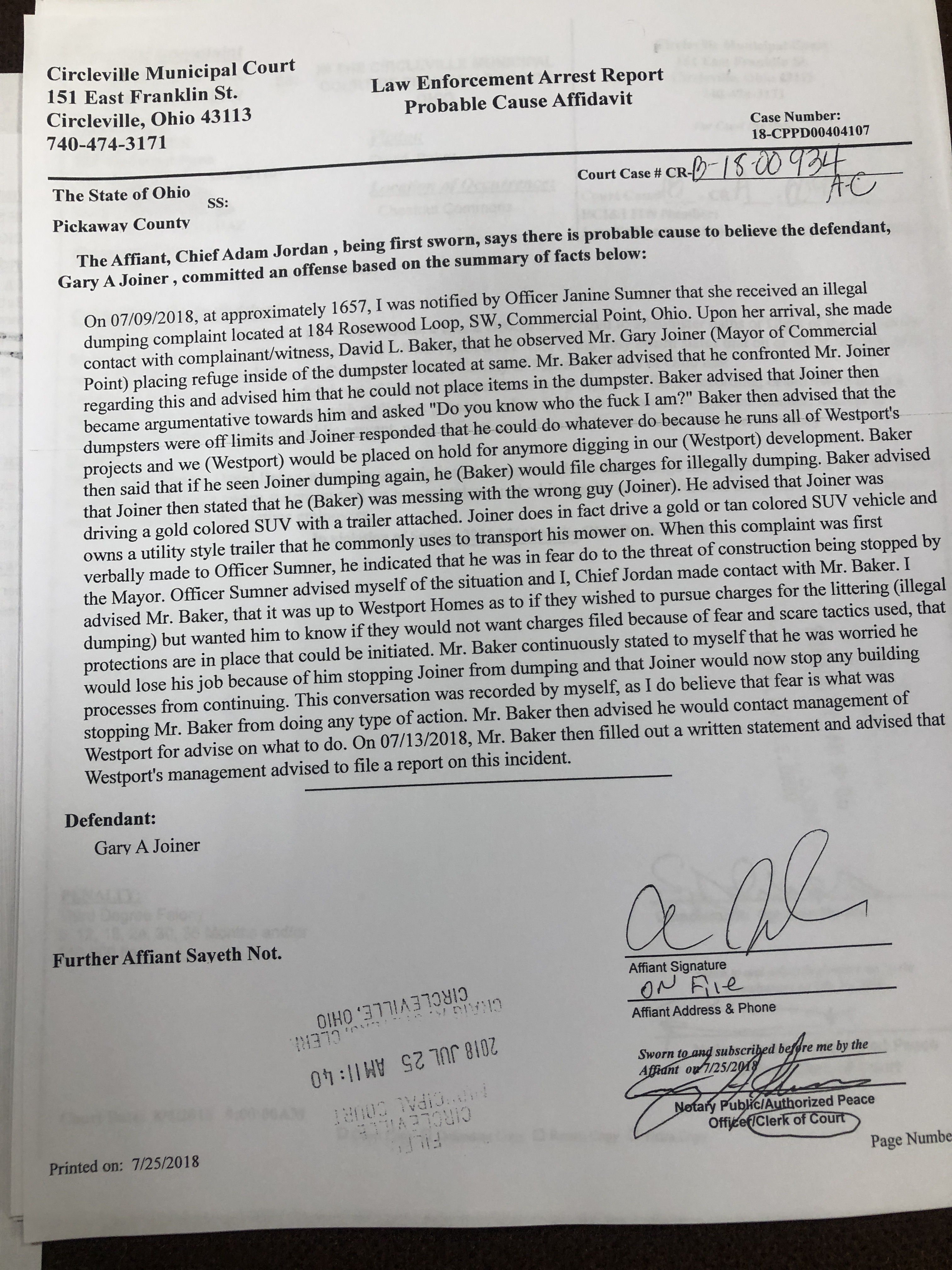 According to the affidavit, Baker initially made the report with an officer, but felt intimidated by the Mayor and didn’t want the construction to stop because of the altercation.  Baker also felt threatened he would lose his job for reporting the illegal dumping.  Chief Jordan of the Commercial Point Police department said that “because fear tactics were used against him protections were in place that could be initiated.”  On 7/13/18 Westpoint management filed a report of the illegal dumping against the mayor.  Mayor Joiner was charged with Littering, Criminal Trespass, and Coercion.  All charges are misdemeanors with between 30-90 days in jail or a 250-750 dollar fine. 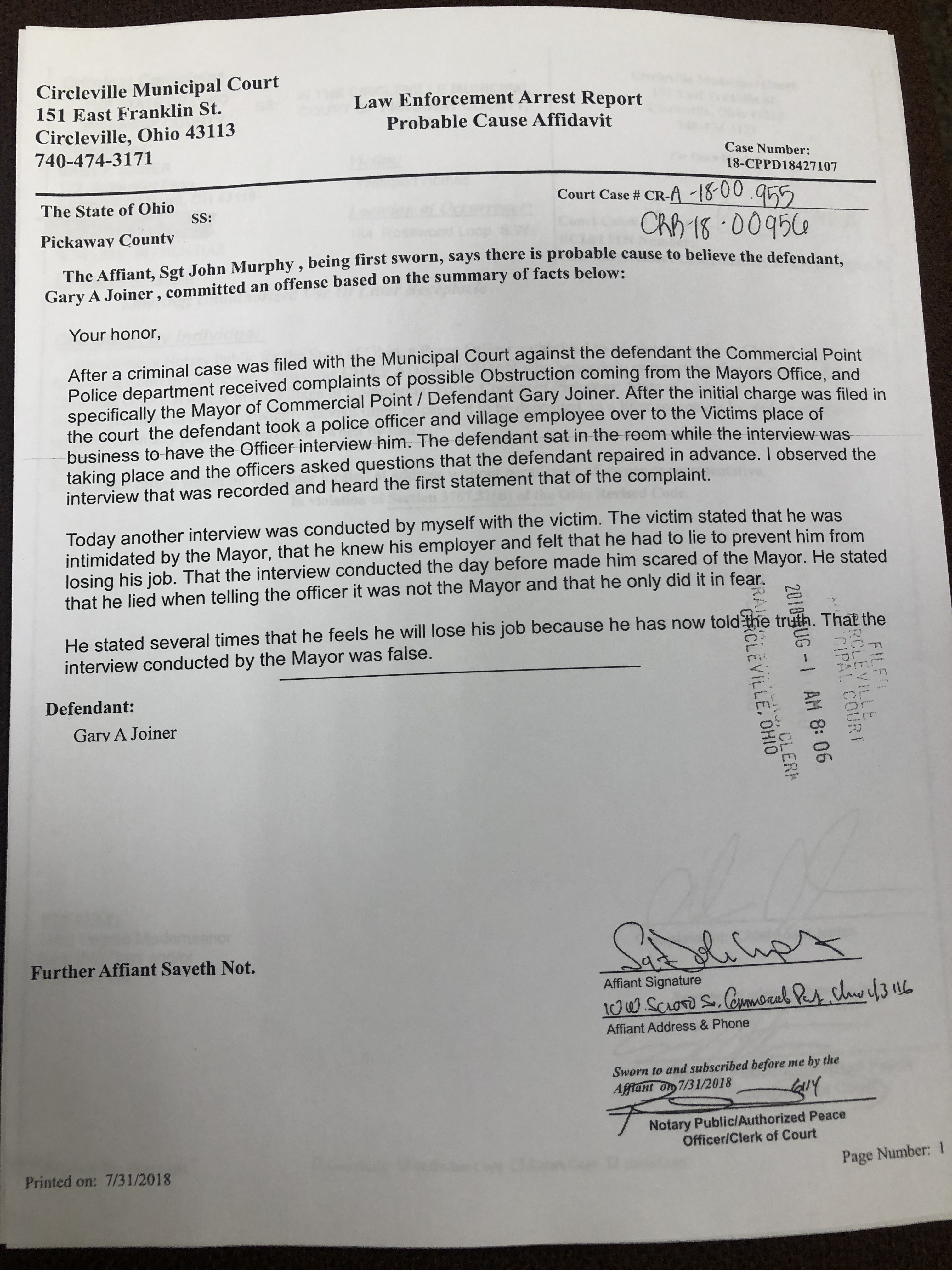 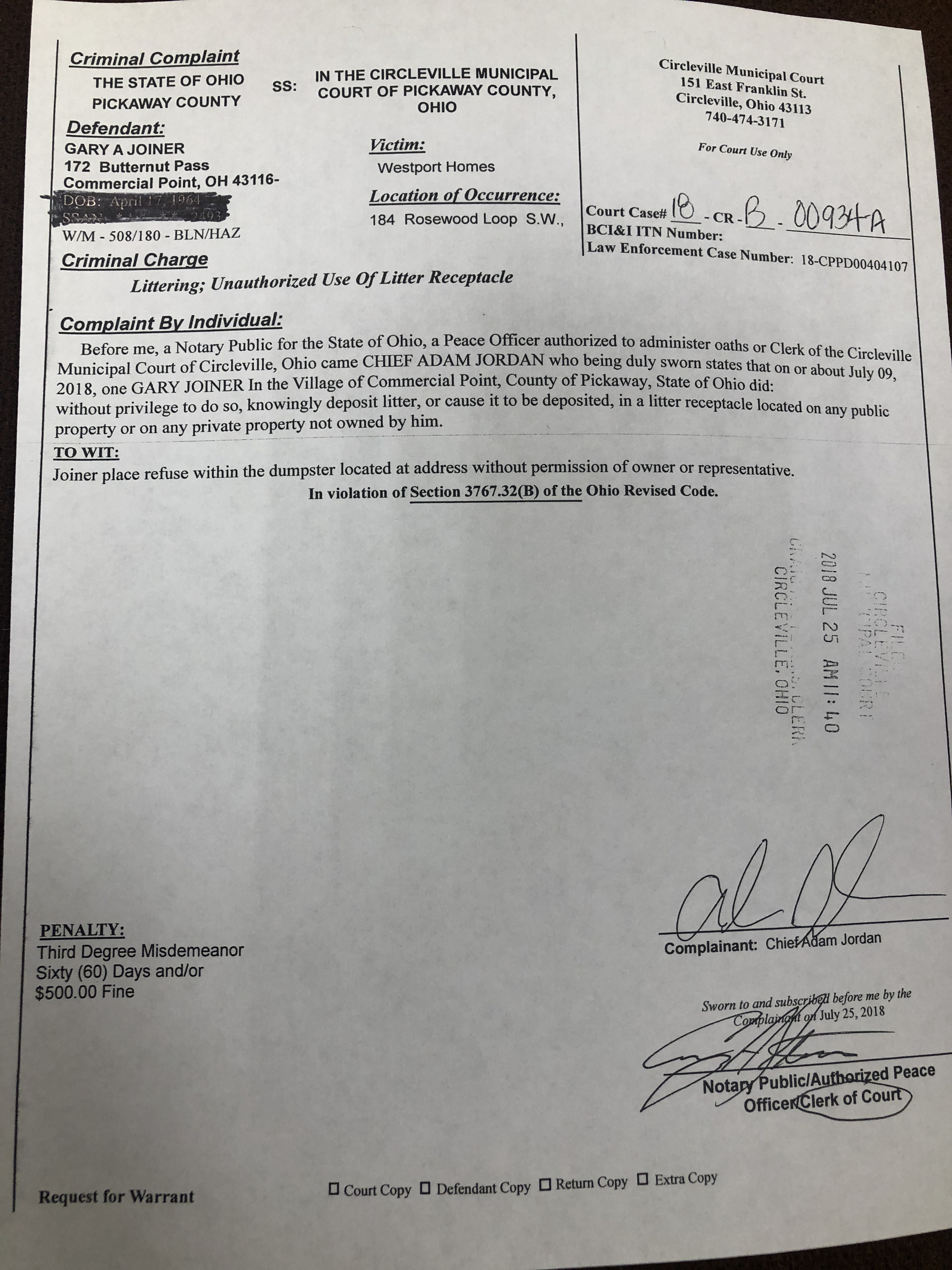 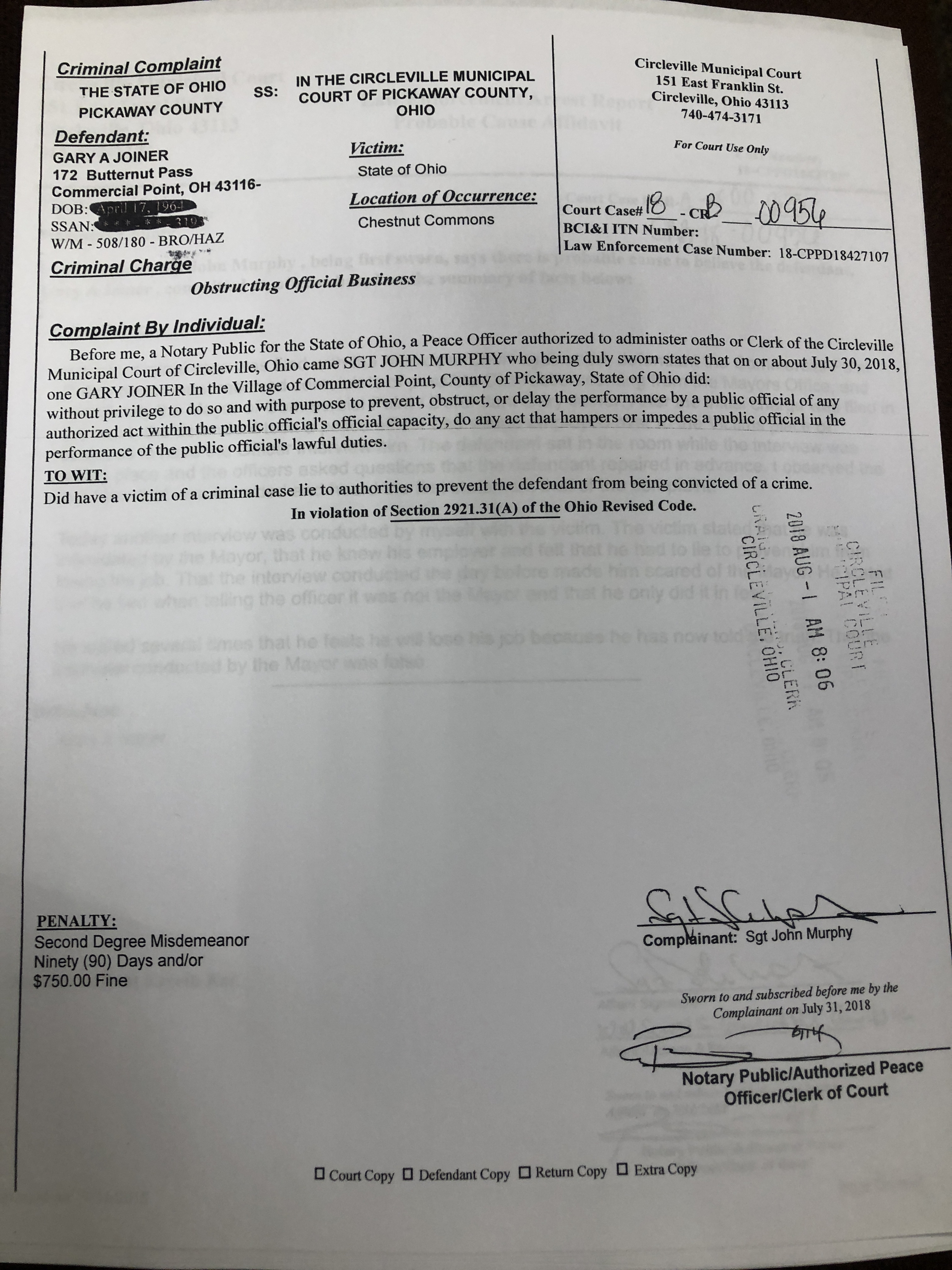 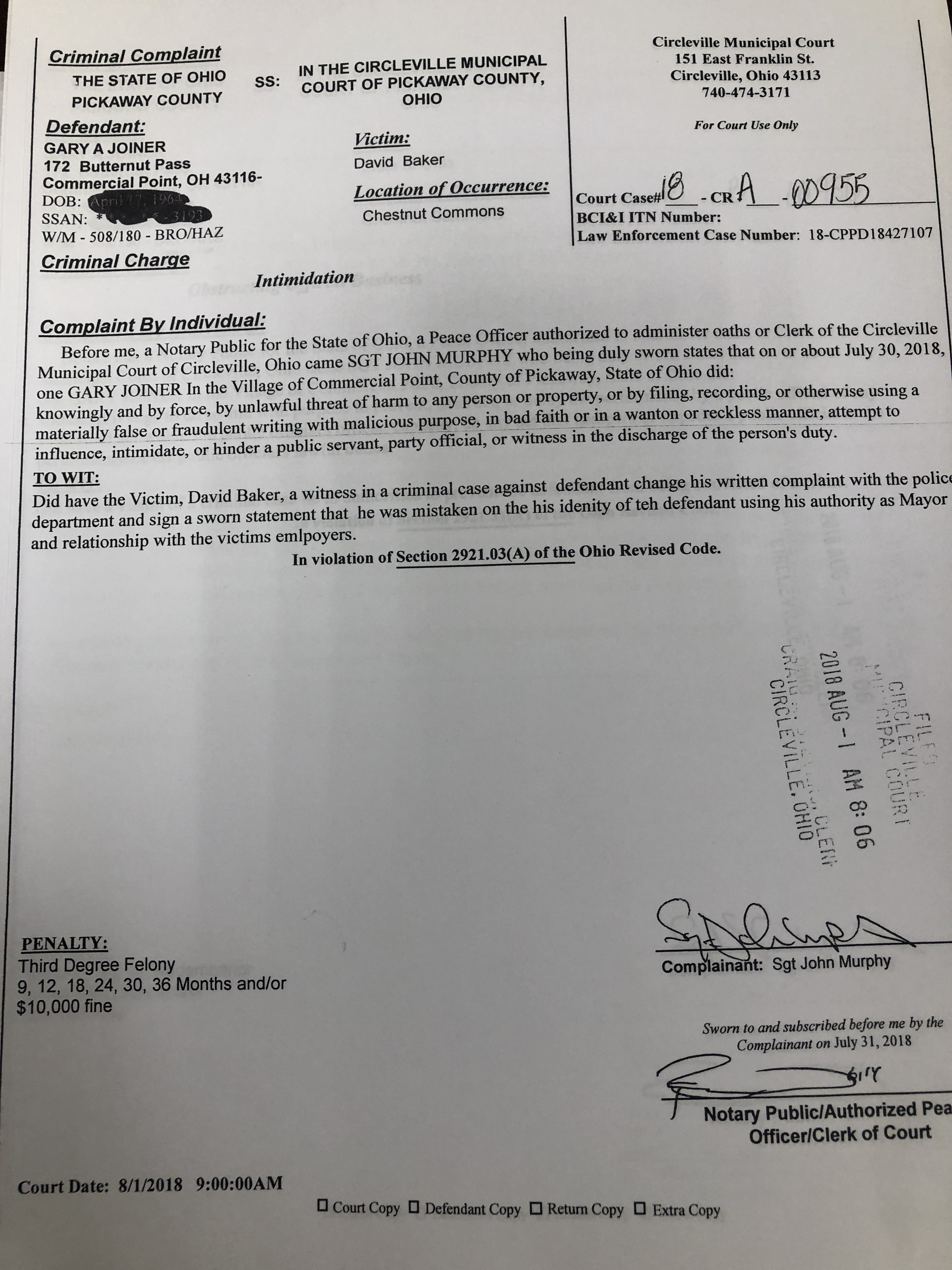 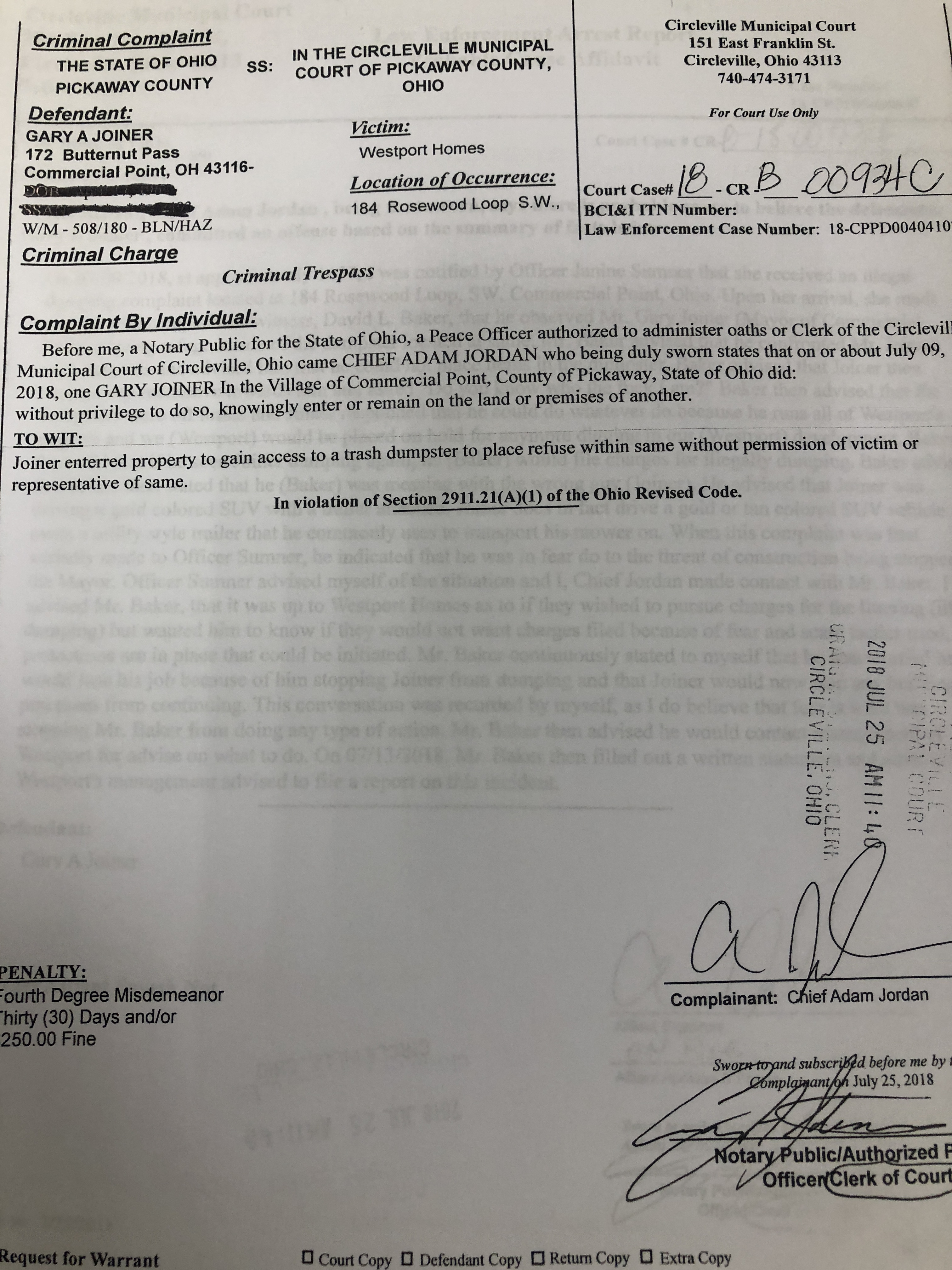 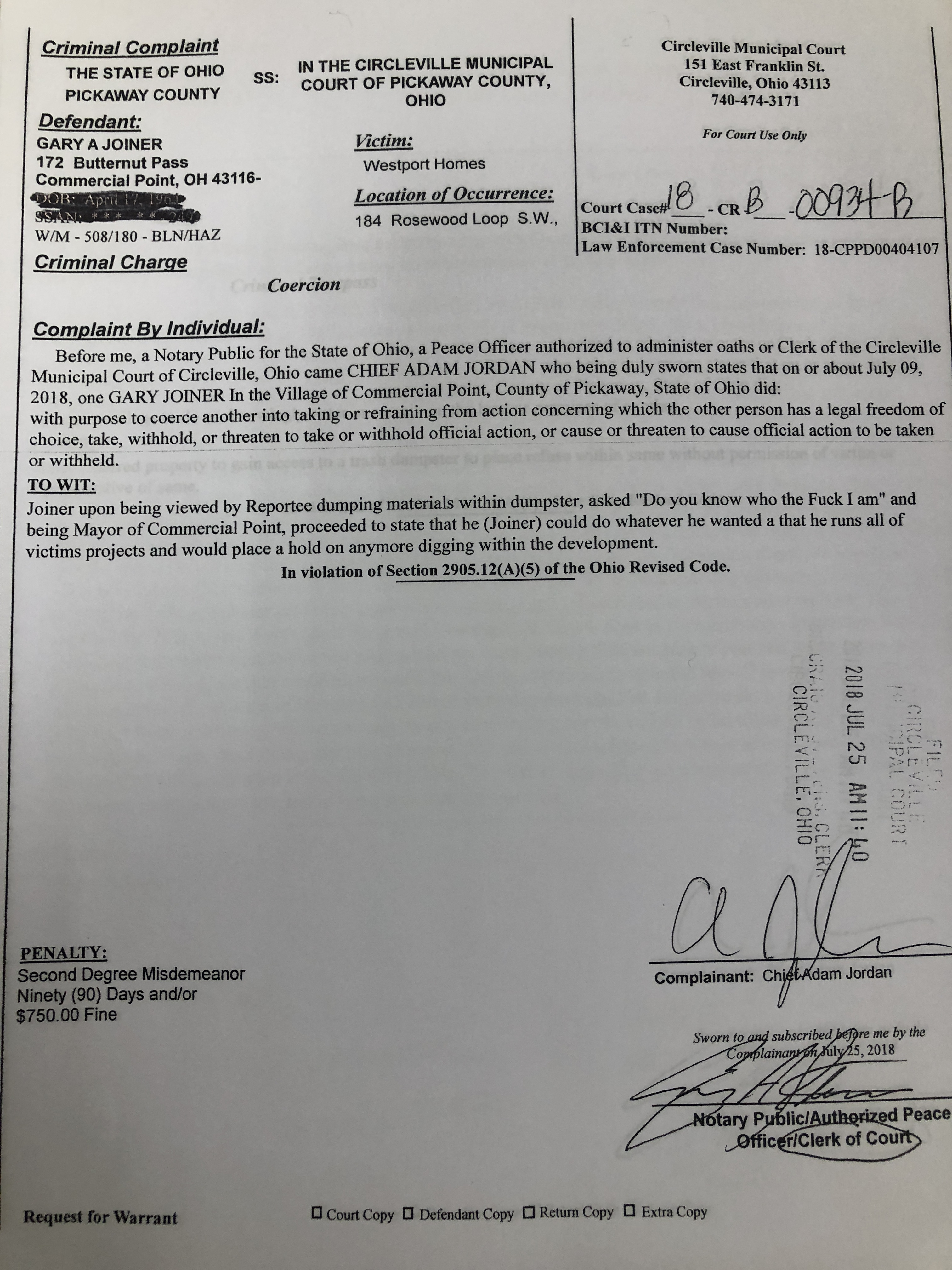