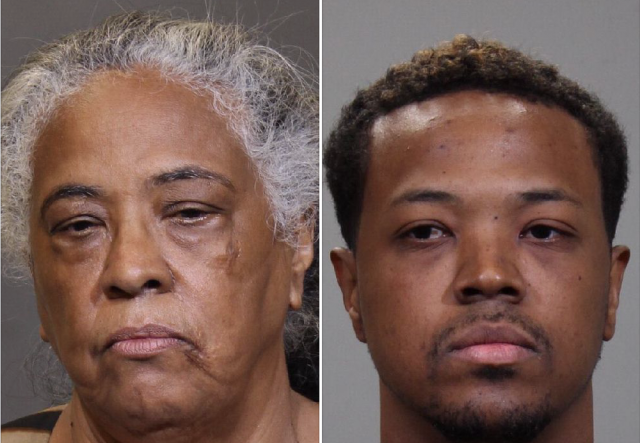 COLUMBUS, Ohio – The woman accused of shooting a Columbus police officer during a search warrant on Chelford Drive yesterday morning allegedly told her incarcerated son in a jail call that she would shoot anyone who entered her home, whether law enforcement or civilian.

According to an affidavit sworn-out this morning in support of the federal criminal complaint, Rita Gray, 68, told son Eric Gray,31, in May 2019, “If you break any door in I’ma be standing in that hallway…I don’t care nothing about you hollerin’ police because a robber could be police.”
“I’ll be standing right there in that hallway ready to blast. I’ll stand right around my corner there and blast however many shots I got,” Rita Gray added.
The affidavit alleges that on May 28, 2020, Gray shot and seriously wounded 53-year-old Columbus Police Officer Russ Weiner while Weiner participated in executing a narcotics-related search warrant at Gray’s residence.
According to the court document, agents and officers knocked on the door of the residence and announced their presence. After the knock and announce went unanswered, agents and officers made entry into the residence.
Upon entering the residence, law enforcement executing the warrant took on gunfire from Gray, who was present in the vicinity of an interior hallway. Gray was apprehended shortly thereafter, with two semiautomatic Glock manufactured pistols in close proximity.
In January 2020, state and federal law enforcement began an investigation into suspected drug trafficking, including irregular financial activity that is suspected of being related to money laundering and narcotics trafficking, involving Eric Gray, among others. That investigation remains ongoing.