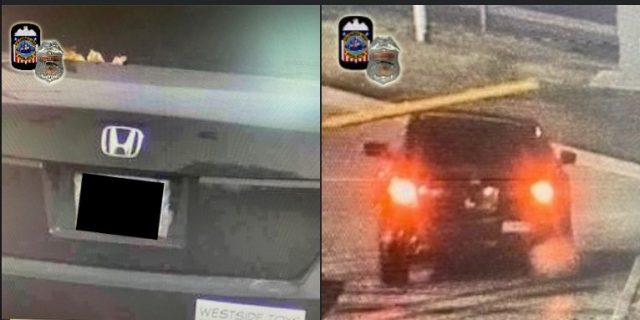 Investigators are releasing new photos of the stolen 2010 Honda Accord the suspect, Nalah Jackson, is suspected to be driving.

That vehicle was taken around 9:45 p.m. Monday from outside a Donatos Pizza in the Short North. These photos show the ripped temporary tag and a bumper sticker that says Westside Toys.

Law enforcement agencies throughout Ohio are working closely with the Columbus Division of Police to safely locate 5-month-old Kason Thomass. BOLO alerts have been issued to the five adjoining states with Ohio for the suspect, Nalah Jackson, and the stolen 2010 Honda Accord.

A statewide amber alert is still active for Kason Thomass, the missing 5-month-old boy, who has not been located. BOLO alerts were issued last night to the five adjoining states with Ohio to help locate the child, suspect, and vehicle.

If you know any information that could be helpful to investigators, call 911 or the Columbus Division of Police Special Victims Bureau at (614) 645-4701.