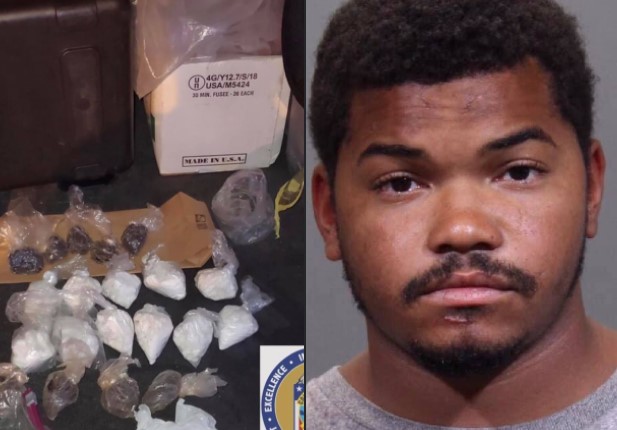 COLUMBUS – Columbus Police seized more than a pound of drugs from man after a traffic stop.

According to police On September 4, 2020 at 1:34am, a patrol officer made a traffic stop on a vehicle operating with one headlight on Sullivant Ave. at South Wilson Road.
It was determined the driver, 20-year-old Tavaryyuan Johnson, was driving under suspension. 
The officer placed Johnson under arrest while other officers who arrived on scene inventoried Johnson’s vehicle for an impound.
Inside the vehicle officers located 237 grams of black tar heroin and 318 grams of crack cocaine. in addition to thousands in cash.
Johnson was arrested & charged with 2 counts of possession of drugs.
“The officers proactive police work lead to getting a dangerous criminal and a large amount of narcotics off the street,” Sgt. Albert.