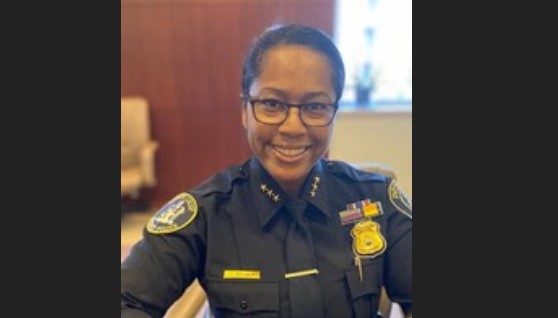 COLUMBUS – Columbus Ohio has moved through two police chiefs in the last year in wake of protests, Police involved Shootings, and riots in the city. Now the Columbus Mayor has appointed a new chief.

Elaine Bryant comes from 21 years with the Detroit Police Department, she served in multiple capacities, including patrol, investigations and administration. During that time, she ascended through the ranks – having been promoted five times from patrol officer to deputy chief – and coordinated Detroit’s response to several high-profile events, including the 2006 Super Bowl.

According to the Mayor, “A strong proponent for inclusion and reform, Bryant supported efforts to completely overhaul investigations in compliance with a Department of Justice decree, led the Domestic Violence Unit, worked in the Equal Employment Opportunity Office and Internal Affairs Unit, collaborated with Detroit’s civilian oversight board, and created and expanded numerous community relations projects to strengthen ties between police and residents.”

Columbus according to a press release from the department say 164 murders and a significant increase in shootings that did not end in death.