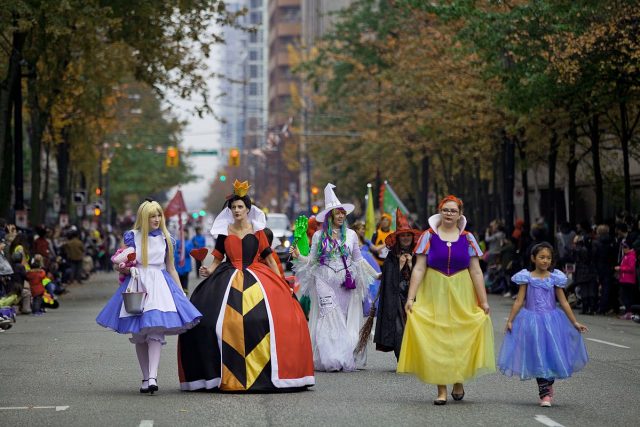 Chillicothe – Despite the setback of being canceled last year, the Chillicothe Halloween Festival has began working on this year’s holiday themed event by opening registrations early for the Coffin Race contest which takes place on Sunday of the festival weekend (October 10th). This contest consists of teams racing their homemade coffins down Alexandria Street (center of Yoctangee Park) in timed competitions with the winner being determined by the fastest time as the coffins race side-by-side. The teams consist of 3 to 5 members who dress in costumes along with the theme of their coffin and push their decorated coffins towards the finish line. A Halloween-themed take on the traditional soapbox derby.

“The Coffin Race event is such a fun part of the Festival with all of the participating teams racing their fun and creative coffins through the park,” said Adam Days, contest coordinator. “Many of the spectators line up early just to ensure that they get a good spot to see the fun play out. We’re excited to bring this contest back to the Festival and hope that more teams register to race this year.”

In hopes of building the contest’s popularity in the Ross County area, the Festival Committee members are inviting local businesses and organizations to participate in the Coffin Race contest as a means to support the event and the community. Registration is open for teams to submit the required form and $15 fee (per team). The rules and regulations to participate in the event can be found on the festival’s website: chillicothehalloweenfestival.com

The Chillicothe Halloween Festival is a three-day event that takes place in the Yoctangee Park in downtown Chillicothe on the second weekend of October. The festival showcases merchandise vendors, concession foods, live entertainment, costume contest, coffin race contest, and family-friendly entertainment focused around the Halloween holiday.