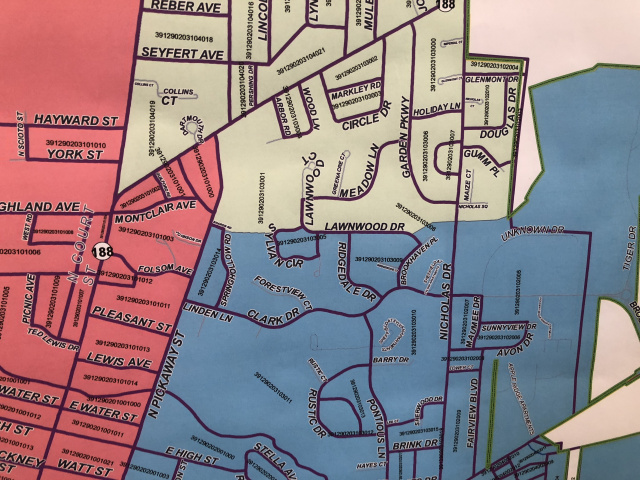 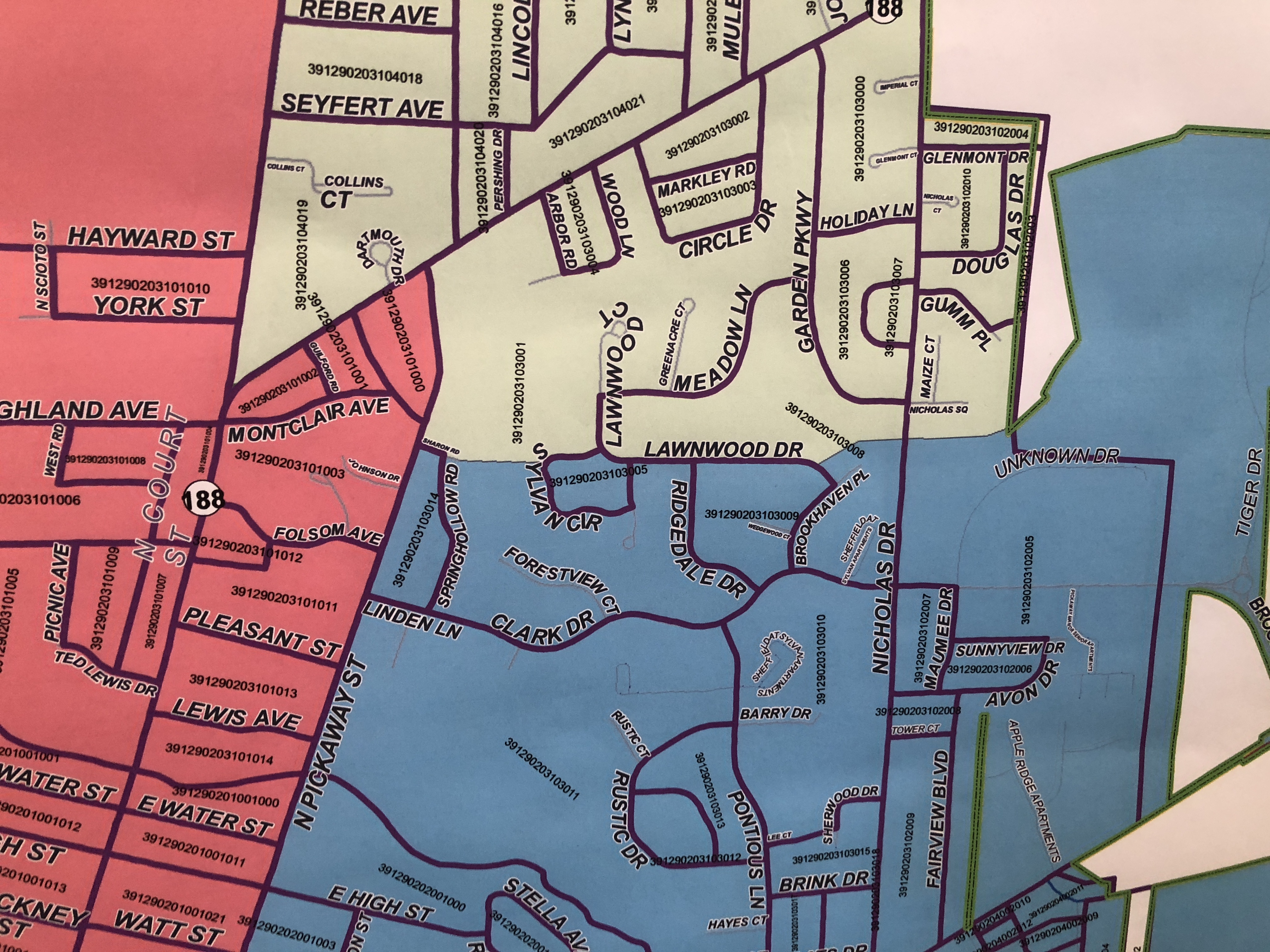 The U.S. Census has developed census blocks, small geographical units to count population often comprised of city blocks.  These census blocks take on many shapes in neighborhoods and other areas where the roads are not laid out in straight lines.  The Pickaway County Board of Elections was recently reviewing the precincts within the four wards and it was determined that three of the U.S. Census blocks include two different wards within the block.  Census blocks should not cross ward boundaries, the whole Census block should be within one ward or the other.  The solution to this problem is to shift the ward boundary to encompass the entire Census block.  The Long Range and Strategic Planning Committee is considering possible ways of accomplishing this goal. 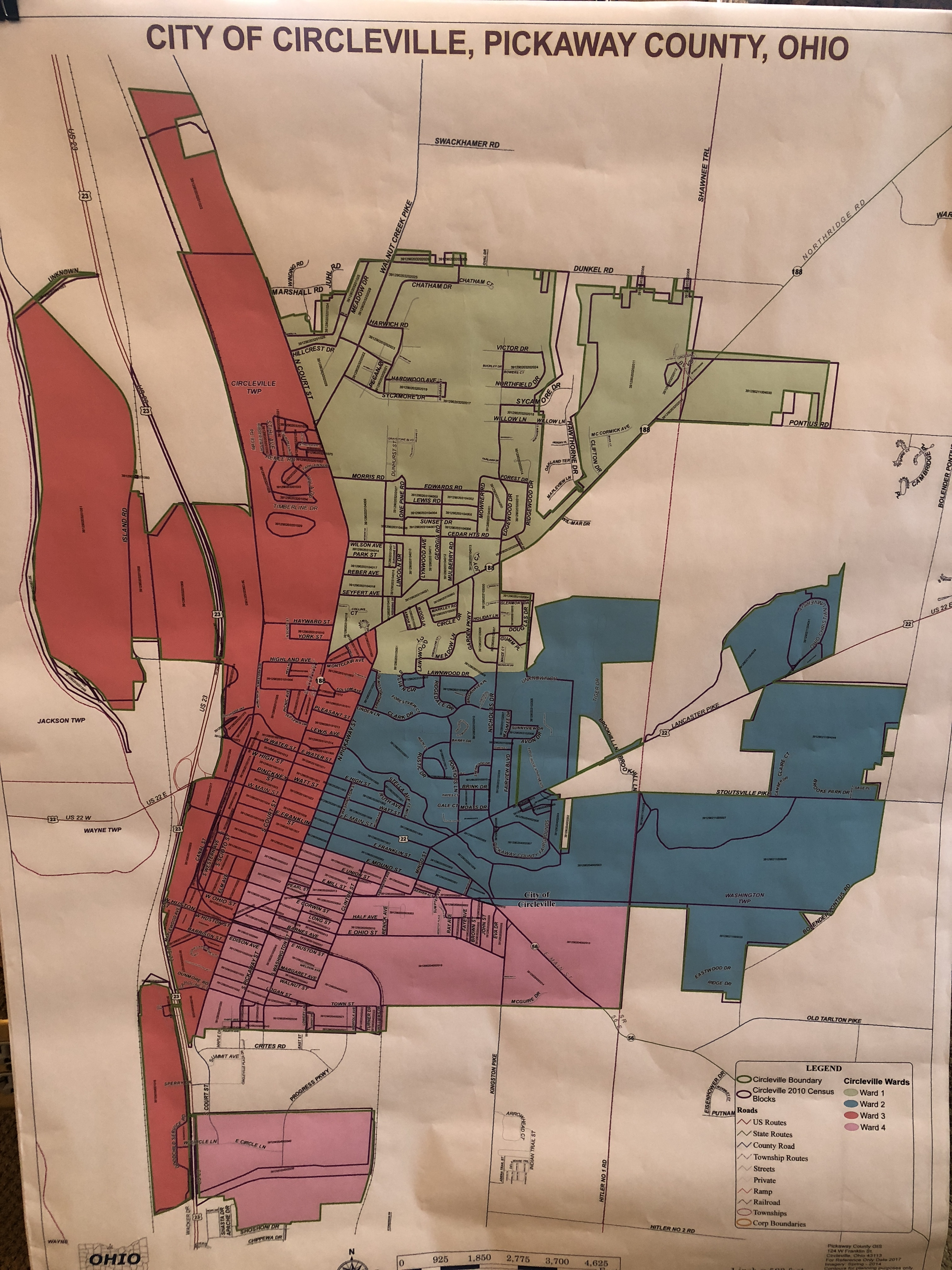 The second issue is that population shifts due to factors such as annexations and new subdivisions have resulted in unequal populations in the four wards.  The Ohio Revised Code 731.06 requires that all wards be composed of adjacent and compact territory and be substantially equal in population.  It is the responsibility of City Council to ensure that the four wards have similar numbers of people, and so the LRSP Committee is studying the options.  Any changes in ward boundaries must be done by ordinance at least 150 days before the next municipal primary election, which would be December 7, 2018.
Interested parties can join in discussion with local council members or come to the next meeting to have your input heard.  Information on council meetings can be obtained here: https://www.ci.circleville.oh.us/171/City-Council
Wards are a way to get representation to your particular area.  Thats why wards are set up.  In Circleville City Council we have 4 ward Council people and 3 at large.  The at-large council people represent all the people of circleville and the individual wards represent their areas.  Wards are time to time adjusted so all the people are evenly represented.  All 4 wards should have the same amount of people in them, and with economic growth and development they have to be adjusted.