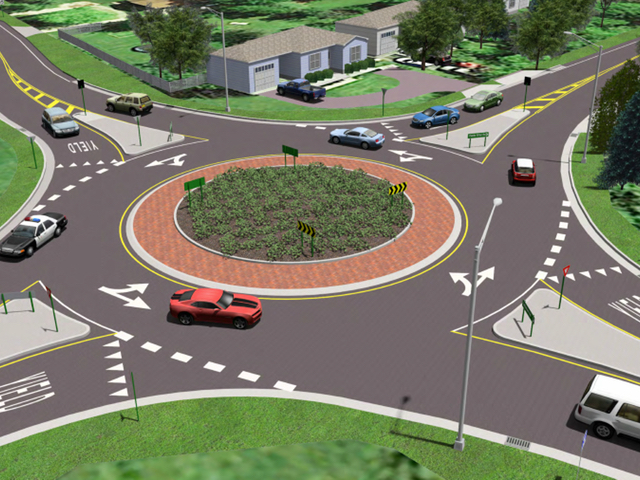 CIRCLEVILLE – The City of Circleville is aiming to reduce wrecks in two dangerous intersections within the City and is aiming for grants to help pay for them.

The city of Circleville is aiming for the small cities grant from Odot, a grant aimed at traffic, transportation, and safety. The grant according to the city representatives is limited to cities with 25,000 to 5,000 people in the district only, so that limits the number of communities that can apply for the grant.

Why roundabouts? Roundabout slow down traffic that has to navigate through the intersection. Any wrecks that usually occur inside them are usually side hits or rear ends not front end collisions.

It would take more than than this one grant to pay for the complete project, the City said it would be trying for several other grants to support.

The safety committee asked if any of the other grants they would go after would hurt the chances of getting a grant for the road separation that is planned in the future to overpass the railroad tracks. The answer was no that this project is sooner and grant funds would be available for the road seperation later also.

Watch below as this is discussed and why this particular intersection was chosen.