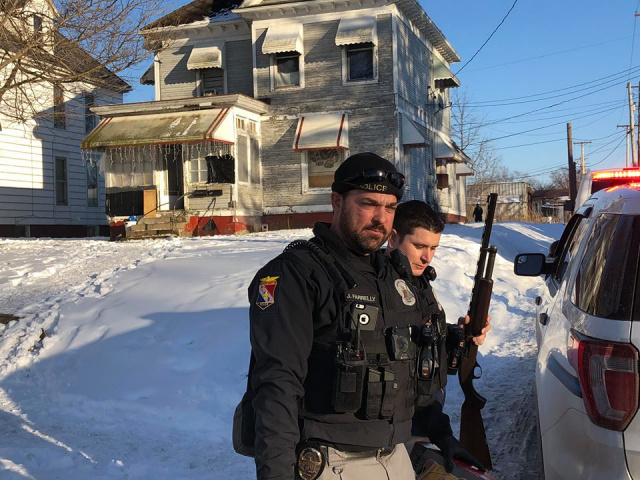 CIRCLEVILLE – Circleville Police and other agencies, including Chillicothe Police, the Pickaway County Sheriffs Office and the Ohio State Patrol were on hand for a SWAT-style raid in the 900 block of S. Court Street on Thursday, at approximately 2:15 PM to raid a suspected drug house. 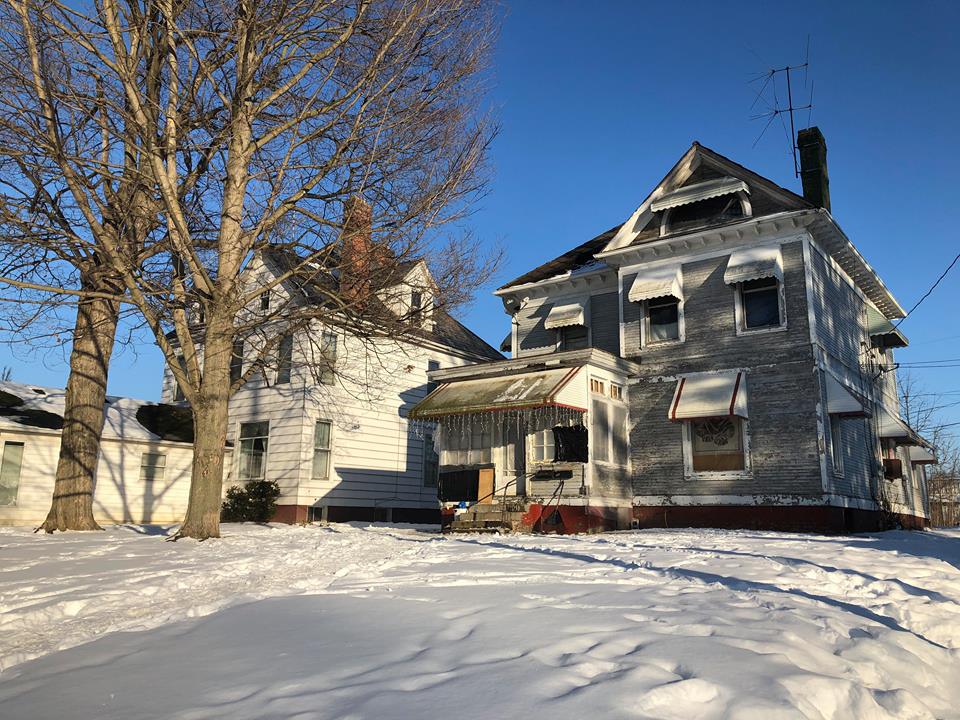 The combined agencies served a warrant, resulting in the arrest of one, and confiscation of a significant amount of drugs, including methamphetamines, heroin, as well as firearms, ammunition, and cash.

The resident, Robert F Vandagriff, 41, was arrested during the incident. He is charged with Trafficking in Methamphetamine (F-1), Possession of Methamphetamine (F-2), Trafficking in Heroin (F-3), Possession of Heroin (F-4), and Weapons Under Disability (F-3). He is incarcerated at the Pickaway County Jail pending his initial appearance in Circleville Municipal Court. 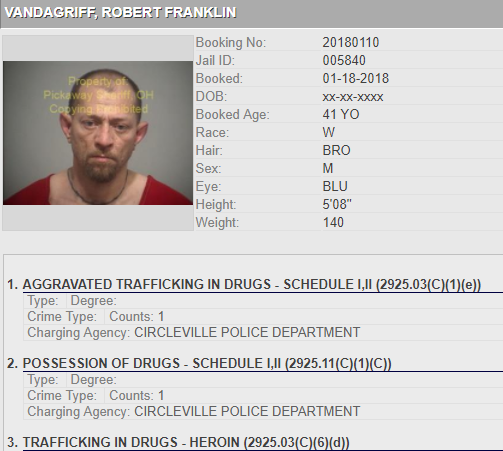 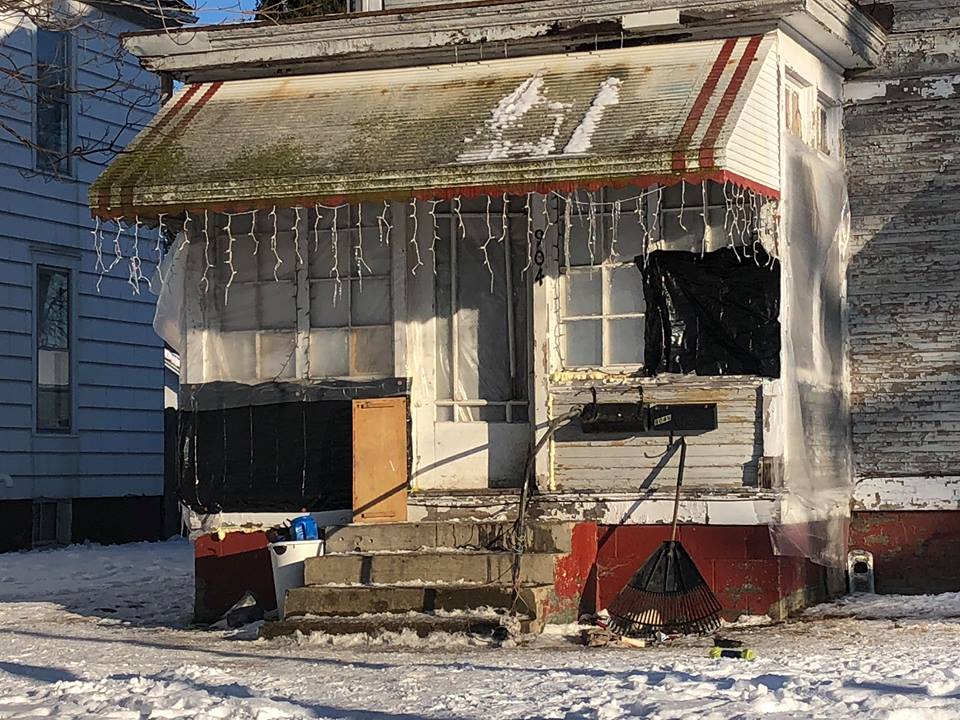 Our news crew was on-scene during the raid, and served a live feed from the incident, noting that the entire raid took place well over an hour among the multiple agencies, which featured the Chillicothe Police Department’s K-9 unit.

During our live feed, recovering addicts stated to us via direct message that the house was a well-known location for drug deals.

We noted in the live feed that multiple people were detained but only the resident was charged. Circleville Police stated that “With a search warrant like this, everyone inside the residence is detained during the investigation. This is for the safety of the investigators and to prevent the tampering of any evidence.”