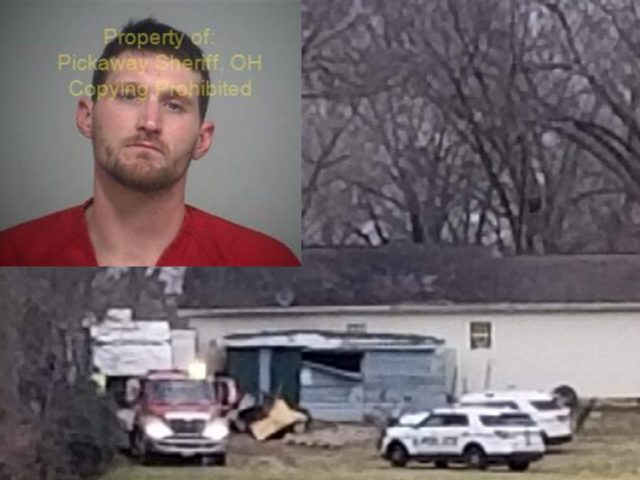 Circleville OH- On January 20th, 2021 at approximately at approximately 0800hrs., the Circleville Police Department conducted a follow up from a burglary investigation in the 300 block of Town Street. While at the residence, officers located an occupied 2021 Wildwood FSX camper that was discovered to be stolen from a storage lot in Pickaway County. The stolen camper was recovered resulting in the arrest of Ernest Haddox 31, of Circleville. Ernest was arrested and charged with Receiving Stolen Property, Possession of Methamphetamine and Obstructing Official Business.

Later in the day, the Circleville Police Department, the Circleville Probation Department, and K-9 Serg conducted a city-wide narcotics interdiction and saturation patrol. During this interdiction officers had 27 citizen interactions leading to the seizure of 18.6 grams of suspected methamphetamine, 3.3 grams of suspected fentanyl, miscellaneous drug paraphernalia, nearly 1,000 dollars, and the arrest of six additional individuals. Arrested individuals and their criminal charges are listed below.

Joshua Williams 25, of Circleville arrested and charged with Failure to Appear

Joshua Barrett 30, of Circleville charged with Possession of Methamphetamine

Arminda Honeycutt 24, of Chillicothe arrested and charged with Trafficking Fentanyl, Possession of Fentanyl and Tampering with Evidence

The Circleville Police department would like to thank the Circleville Probation Department for their assistance. The Police Department would also like to thank the citizens who have provided tips through the Drugs Tip Line (740-477-DRUG) which aided in investigations. All citizens with information about the use or sales of narcotics are encouraged to provide an anonymous tip by calling the Drug Tip Line.