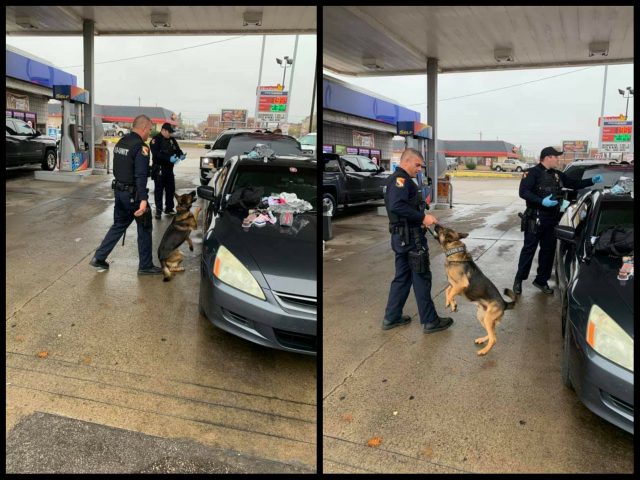 While performing saturation patrol on October 20, 2020 at 5:14 pm Officers performed a traffic stop on a Blue 2 door Honda Accord at 320 West Main Street. The traffic stop was due to the driver committing a traffic offense.