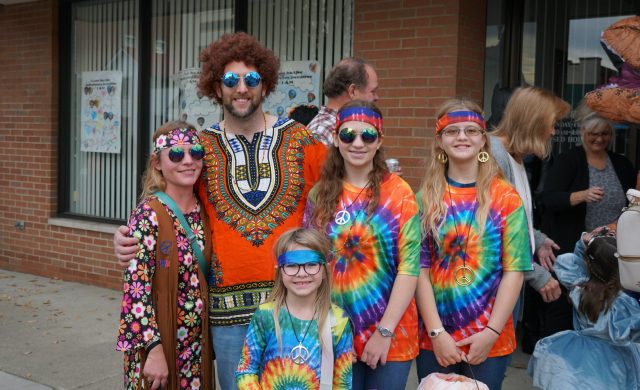 The event had hundreds walking around the area, most in costume scooping up early Halloween candy. One vendor told Sciotopost that they had over 300 pieces of candy that they handed out one piece at a time and ran out early. The event was slated from 5 to 6 pm, but many were haunting early.

A costume contest was held at the Vinton county Bank parking lot after 6 pm. Winners were given prizes based on age, older kids and adults received gift cards, and younger received candy and fun Halloween prizes.

The winners of that contest are below.

Most Creative – Policeman in the car, Workout girl, Horse Girl