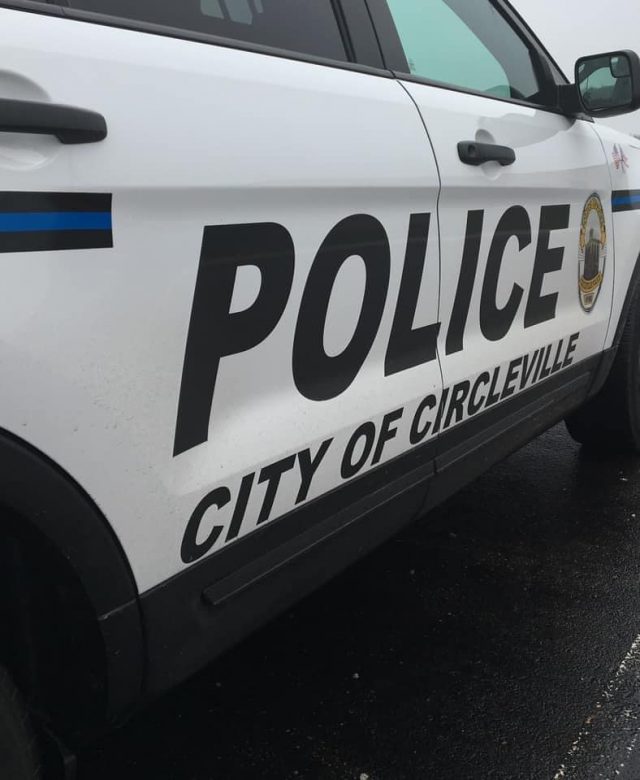 CIRCLEVILLE – During Circleville Council meetings tonight an agreement and the decision was made for a Circleville officer that was accused of allegations of misconduct. In the agreement Deputy Chief Phillip L. Roar, Jr has agreed with the city to resign his position honorably.

The following is the ordinance that was presented in its completeness. Deputy Chief Phillip L. Roar, Jr has been part of the Circleville Police department since July of 2002. This ordinance will still need to pass.

AN ORDINANCE AUTHORIZING THE MAYOR TO ENTER INTO A SEPARATION AND RELEASE AGREEMENT WITH A CITY EMPLOYEE AND DECLARING AN EMERGENCY. WHEREAS, in response to a complaint filed by an employee of the Circleville Police Department, an investigation has been conducted by the City into allegations of misconduct involving such employee; and

WHEREAS, subsequent to the completion of the City’s investigation and upon discussion between the City and employee, both the City and employee are desirous of ending the relationship with one another in accordance with the terms as outlined in the attached Separation and Release Agreement.

NOW, THEREFORE, BE IT ORDAINED by the Council of the City of Circleville, Pickaway County, Ohio, as follows: SECTION I. That the Mayor is hereby authorized to enter into a Separation and Release Agreement with Deputy Chief Phillip L. Roar, Jr. under which he agrees to voluntarily resign his position with the City of Circleville Police Department effective March 12, 2022. The terms of his resignation shall be in accordance with the Separation and Release Agreement attached hereto as Exhibit “A,” and incorporated herein by reference.

SECTION II. That this ordinance is hereby declared to be an emergency measure, necessary for the immediate preservation of the health, safety and welfare of the citizens of the City of Circleville, such emergency arising out of the immediate need to enter into the Separation and Release Agreement with this employee and to otherwise comply with its terms within the timeframes provided, so that this Ordinance shall take effect and be in force immediately from and after its passage and approval by the Mayor.

Employer acknowledges that Employee’s retirement date through the Ohio Police and Fire Pension Fund is also March 12, 2022. Employee shall therefore receive payment for 40% of his accrued, but unused Sick Leave in accordance with Employer policy. Accordingly, the Employee shall be paid for 303.39068 hours of Sick Leave at his current hourly rate.

Employee shall receive no other payments from the City, except as outlined above in Paragraphs 3, 5, and 6. Employee agrees that he will remain available to work/assist the City at Chief’s discretion and direction through March 12, 2022, Employee’s date of voluntary resignation. Until the date of Employee’s voluntary resignation, Employee shall remain on administrative leave with pay and available to the City during regular working hours.

Further, during the period of the Employee’s administrative leave with pay, the City shall maintain Employee’s firearm and badge and Employee shall not hold himself out publicly to be a member of the Circleville Police Department, without the prior approval of the Chief of Police. The parties agree that neither will disparage one another.

Further, the parties agree that they shall mutually assist one another, as necessary. The parties understand and recognize that all, or portions, of the investigation conducted by the City, and this Separation and Release Agreement, may be subject to public disclosure consistent with Ohio’s public records laws.

Employee, for himself, his heirs, executors, administrators, successors and assigns, agrees to release and forever discharge the City, its agents, servants, representatives and employees from, and waives his right to bring against them now or in the future, any and all claims, damages, demands, liabilities, equities and causes of action both known and unknown, legal and equitable, accruing or accrued to the Employee prior to the execution of the Agreement and arising out of his employment with, and separation of Enter employment with Employer.

This waiver and release encompasses all claims that may be brought pursuant to Federal or State statute or common law, including, but not limited to, laws concerning civil rights, discrimination, violations of Title VIl of the Civil Rights Act, the Americans with Disabilities Act, the Age Discrimination in Employment Act, the Family Medical Leave Act, violations of Ohio Rev. Code Chapter. 4112 and 4113, 42 USC § 1983, Workers Compensation Retaliation, violation of Ohio Public Policy, and to any claims that may be asserted against Employer, its agents, servants, representatives, and employees in either their official or individual capacities. Irrespective of the foregoing paragraph, Employee and Employer agree and acknowledge that the provisions of Chapter 2744 of the Ohio Revised Code are not waived or released by this Agreement.

The parties acknowledge the duty of Employer to defend and indemnify Employee per the terms of Chapter 2744 for any past, present, or future complaint against Employee. 12) Employee understands that he has twenty-one (21) calendar days from the date he is provided with a copy of this Agreement to consider this Agreement.

If the Employee elects to execute this Agreement prior to the expiration of the 21 calendar days, Employee warrants that he has done so knowingly and voluntarily.