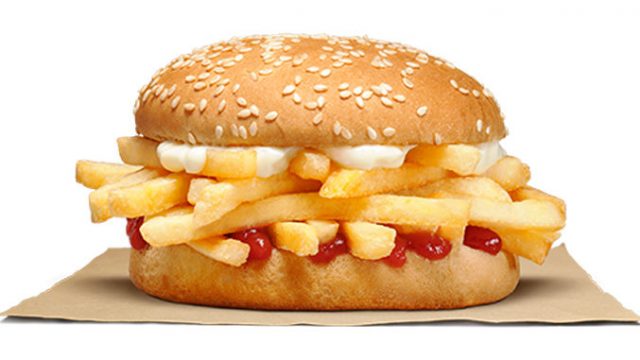 The sandwich called a “Chip Butty” is now available in participating locations in New Zealand only. The burger is a combo of the chain’s crispy golden fries, mayo and ketchup, sandwiched between two soft buns, thats it a true french fry sandwich.

We won’t be able to test the special sandwich until it get to the US but a New Zealand paper did.

“I thought this would spoil my lunch but instead it spoiled my day,” Josie Adams with The Spinoff wrote. “From the picture, I thought the butty would be too wet. Instead it was too dry, which is less repulsive but more disappointing, somehow. I can’t believe I’m saying this, but it’s not even worth $2.”

“I did, however, enjoy when I got to the middle of the butty and reached an almost congealed mass of fry-mayo-ketchup deliciousness,” wrote The Spinoff’s Alice Neville.