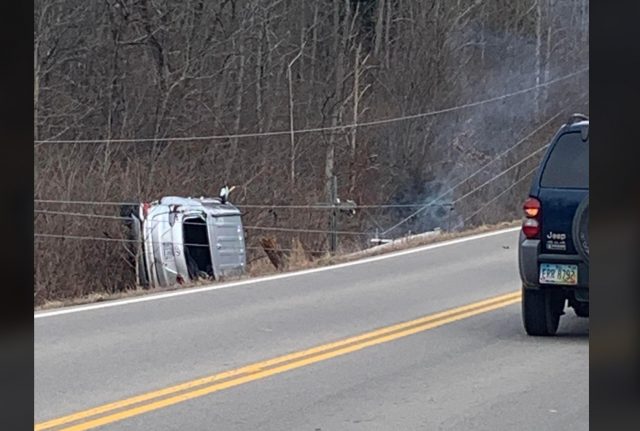 PICKAWAY – A wreck has occured on 56 east that has some power lines down.

According to dispatch, a car rolled off the roadway around the area of Circle hill on 56 east. The vehicle hit a telephone pole that fell down and caught fire.

Emergency crews are heading to the scene now the driver was reported to be outside of the vehicle and walking around, but most likely the area will be shut down for a little while due to the power lines being down