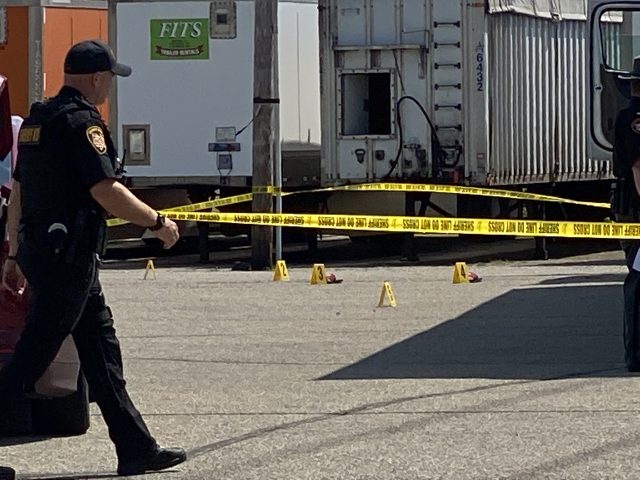 PICKAWAY – First Responders responded to 177 Neville Street in Pickaway County for shots fired situation in the parking lot of the Eastern truck and Trailer Business.

According to reports 911 calls came in after a man shot another man at the business. One person was shot in the leg. When Law enforcement arrived on the scene only the victim of the gunshot wound was there. While securing the scene law enforcement staged EMS responders until they could verify the scene was clear. One officer was reported to be giving direct pressure to the bleeding leg of the victim when EMS arrived to stop the bleeding.

A medical helicopter has been called in to move the victim.

According to the Pickaway Sheriff’s department, the victim was shot once in the leg and was transported by air evac to Grant Hospital. BCI has been called to investigate the scene.

“This was an isolated incident the public is not at danger,” said Sheriff Hafey.

The sheriff department currently does not have anyone in custody

The shooter has fled the scene on US-23 southbound in an Older model dark SUV.

Law Enforcement is asking for people to avoid the area at this time, Neville Street is currently closed off for the investigation