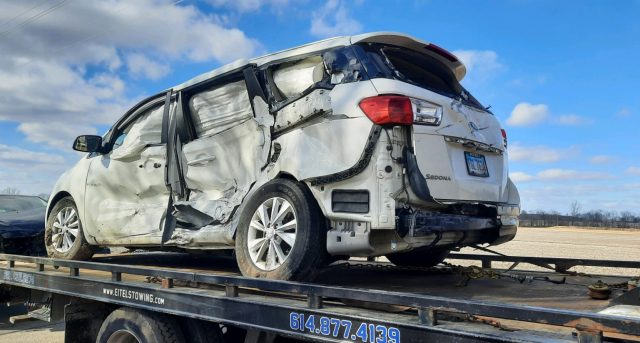 Pickaway – A two-vehicle crash has occurred at the intersection of Walnut Creek and Bell station Aron e 12:45 pm on Saturday.

According to the report, two vehicles have crashed in the intersection and there may be people injured. Pickaway township requested both Harrison and Circleville and Mutual Aid. When emergency crews arrived on the scene they found two vehicles off the roadway one of them in two-foot-deep floodwaters.

Accoridng to law enforcement on the scene the black vehicle ran the stop sign and collided with the white van. Several people were taken to the hospital to be checked out after the crash.

Update: no major injuries, one vehicle ended up in two-foot deep floodwaters, and took a while to get out.