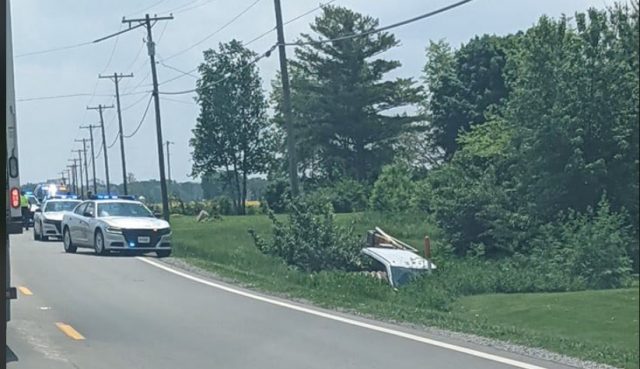 Fayette – A utility vehicle was chased down after a report of it being stolen.

Around 1:10 pm on Thursday Fayette County deputies started a chase on a utility vehicle that was reported stolen. When they attempted to stop the vehicle took off. The vehicle went through the Washington court house where local police joined in the chase. After leaving the city Ohio state highway patrol was able to spike several tires but that didn’t completely stop the suspect.

The chase continued into Madison county where it came to an end in the area of 4700 OH-38 London Ohio. Where the vehicle crashed over an embankment. The suspect is now in custody.