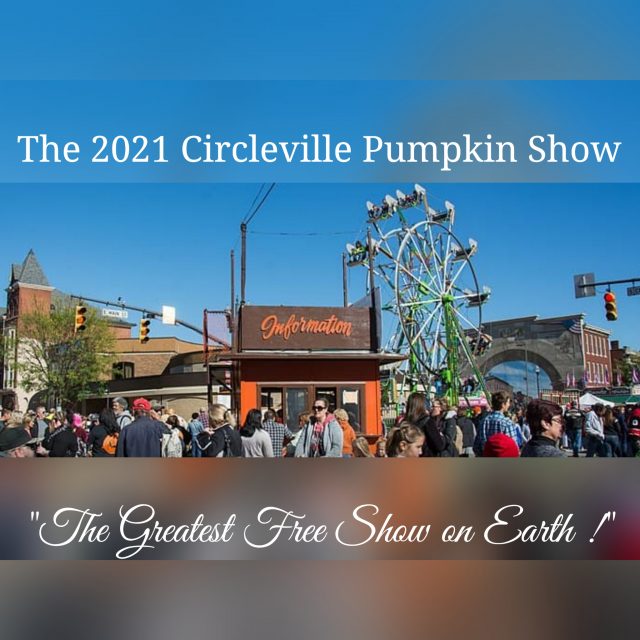 The board is happy to announce that the 114th Circleville Pumpkin Show will officially begin on October 20th and continue to October 23rd. As always, the early preview for folks will be October 19th, 2021 beginning at 3:00P.M