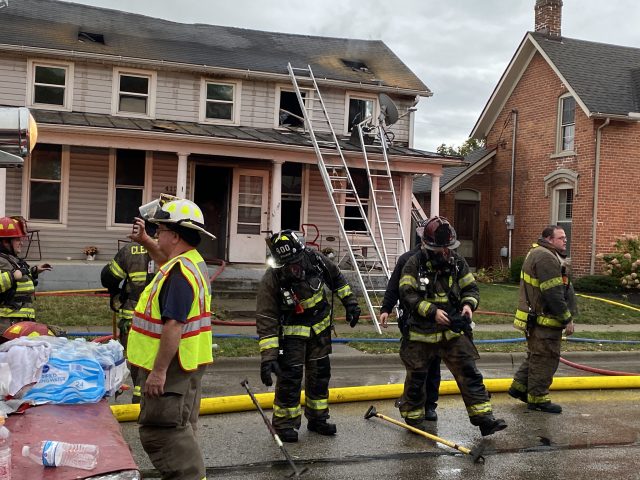 CIRCLEVILLE – A fire broke out around 4:30 pm at 412 South Pickaway Street in Circleville, and now local police have charged one with arson. 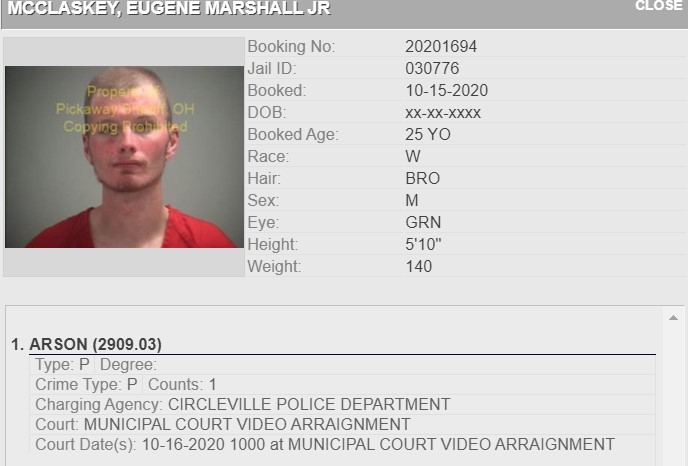 While on the scene family members of the home told Sciotopost that a estranged friend of the family was threatening the family since they moved into their new home. Now that same friend is in jail and has been charged with Arson.

Eugene Marshall Mcclaskey Jr is currently in the Pickaway county jail charged with Arson, locals reported to us that they saw Mcclaskey running from the scene and police arrested him on Mound street just blocks from the fire.

UPDATE: On October 15, 2020 the Circleville Police Department Communications Division received multiple 911 calls about a residence that was on fire at 412 South Pickaway Street.