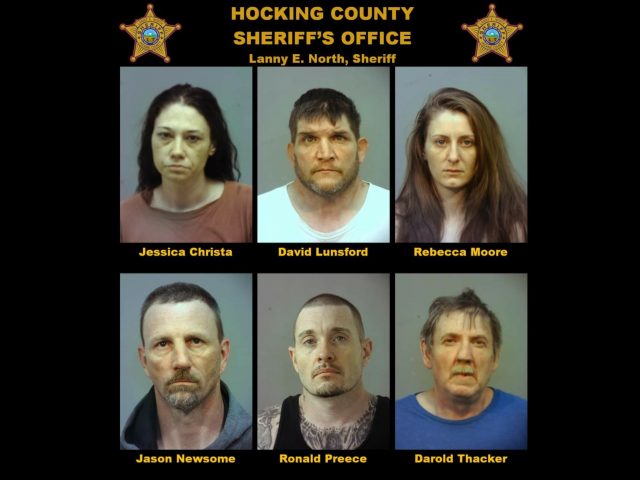 Detectives had received information that Ronald M. Preece who had a warrant for Failure to Register as a sex offender was at the residence.

After arriving at the residence, detectives and deputies located Preece and several other people with active warrants hiding in the residence.

Located in the residence and arrested were:
-Ronald M. Preece, 41 of Logan: Three (3) Warrants from Hocking County Common Pleas Court for Failure to Register as a sex offender.

-Darold D. Thacker, 53 of New Plymouth: One (1) Vinton County warrant for a Probation Violation on an original charge of OVI.

-Jason M. Newsome, 47 of Haydenville: One (1) Warrant from Perry County. Newsome had failed to report for a prison sentence after a Probation Violation for an original charge of Trafficking in Drugs.

Preece, Lunsford and Moore were transported by deputies to the Southeastern Ohio Regional Jail.