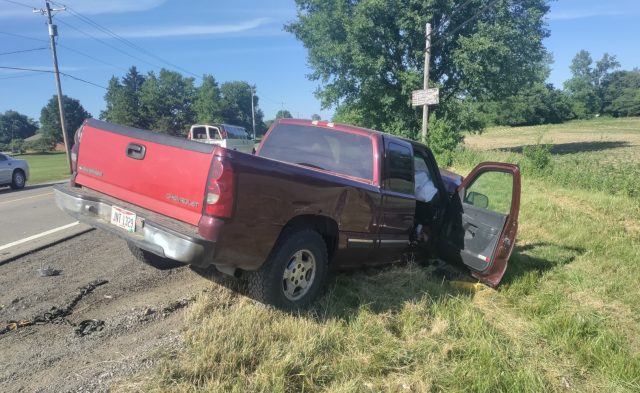 Pickaway – A serious crash occured around 5 pm on Friday that led to the death of a young adult male.

According to witnesses and first responders, a 2016 chevy express van driven by a 16-year-old juvenile was driving down US-62 in the area of 9901 in, Orient in Pickaway county when waiting to make a left turn into a private business, a 2000 Chevy Silverado driven by 26-year-old Jesse Dean Craigo of Grove City failed to maintain a safe distance and rear-ended the van at high speeds. The truck left the roadway and went into a ditch.

Alcohol and drugs are not believed to be a factor in the crash at this time. Autopsy results are pending and the crash remains under investigation by the Circleville Post. The Circleville Post was assisted by Tri-County Fire, Mt. Sterling Joint EMS, Medflight and the Franklin County Sheriffs Office.