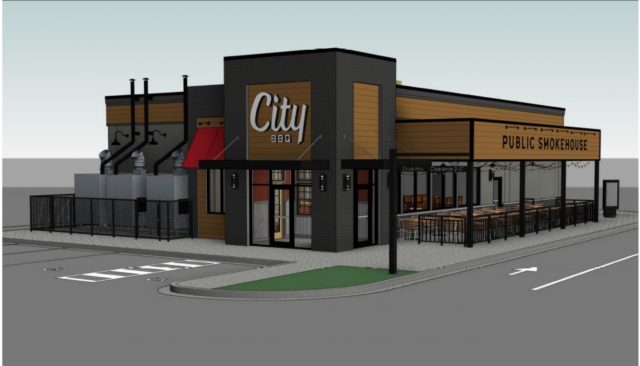 CIRCLEVILLE – Circleville Mayor Don Mcllroy announced today that a new investor is preparing to break ground on a City Barbeque restaurant in the city.

The mayor mentioned during the release that the extension of South Court street was created for economical development for the city and groundwork was made when the road was created so investors that are interested in Circleville and US-23 could invest in our area and give Circleville more options on what they want.

“Columbus investors are interested in Circleville and its continued growth,” said Mcllroy, “they are also interested in US-23 being a untapped market. When we built the connector into the area where the old Walmart was it opened up potential for businesses and we have seen continuous growth in those areas.”

According to the company “City Barbeque, folks wake up early to make the city’s best barbeque: every day, at every restaurant, teammates slow-smoke award-winning barbeque and craft homemade sides and desserts. City Barbeque also caters to incredible events, providing personalized, friendly, and affordable service for events large or small, formal or laid-back. The company is devoted to supporting its teammates and the communities it serves and prioritizes giving back to local charities and non-profits. City Barbeque teammates are dedicated to providing competition-quality barbeque and genuine backyard hospitality; to improving themselves and their processes a little every day; and to staying true to their purpose: to serve and create happiness. For more information, visit City Barbeque at www.citybbq.com, Facebook, Instagram, or Twitter.”

City BBQ is a Dublin Ohio based chain. Offer brisket, pulled pork, and chicken. City Barbeque has a total of 54 units in eight states. The closest one in Grove City Ohio.